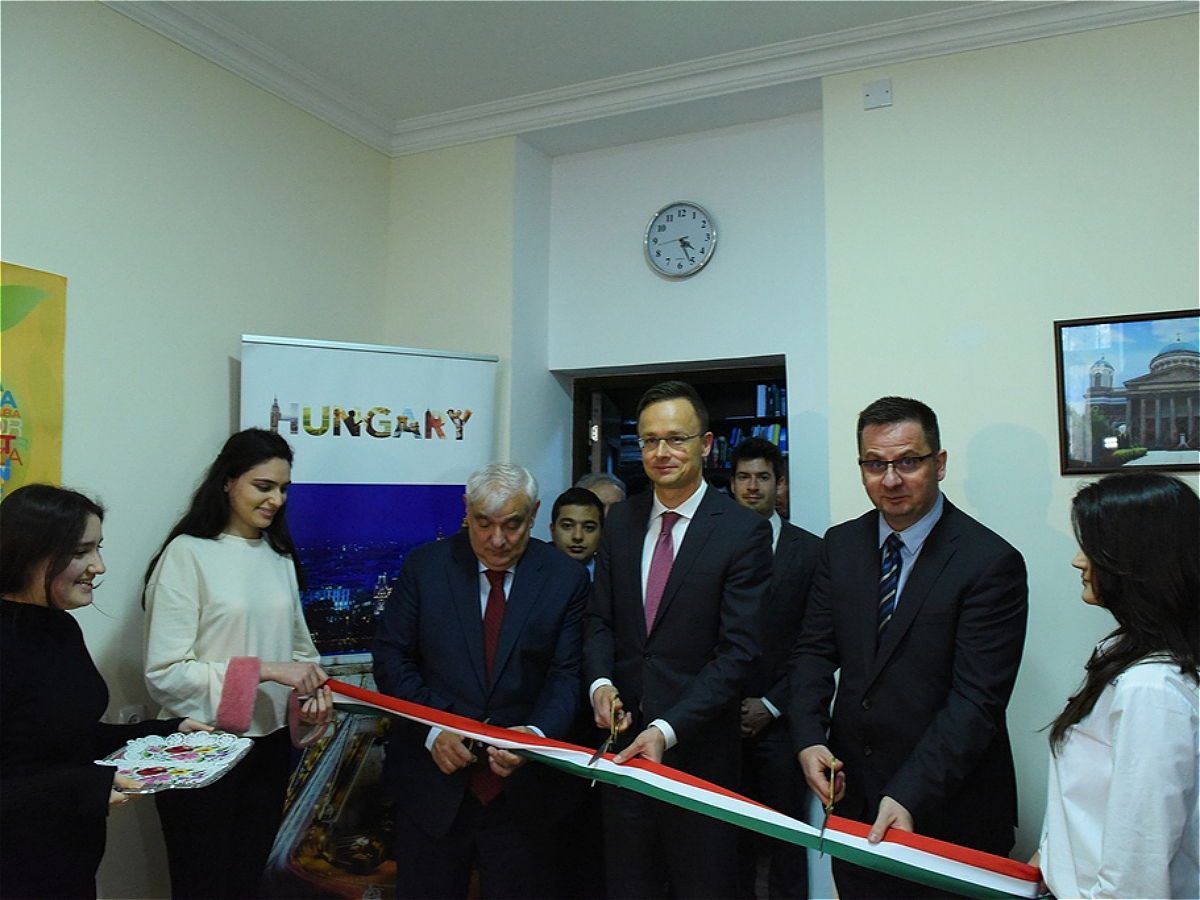 On March 29, Hungarian Minister of Foreign Affairs and Trade Peter Siyarto visited Azerbaijan University of Languages ​​(AUL) as part of his visit to Azerbaijan.

Minister Peter Siyarto expressed his pleasure to be at AUL. He thanked the head of the university for the conditions created for the development of cooperation. The Minister spoke about the developing relations between the two countries. Peter Siyarto praised the establishment of the Hungarian Language and Culture Center at AUL. He said that every year a wide range of opportunities are created for foreign students in Hungarian universities, and advised students to take advantage of these opportunities.

Then the official opening ceremony of the Hungarian language and culture center was held and the red ribbon was cut by the Hungarian Minister Peter Siyarto and the rector of AUL Kamal Abdulla. 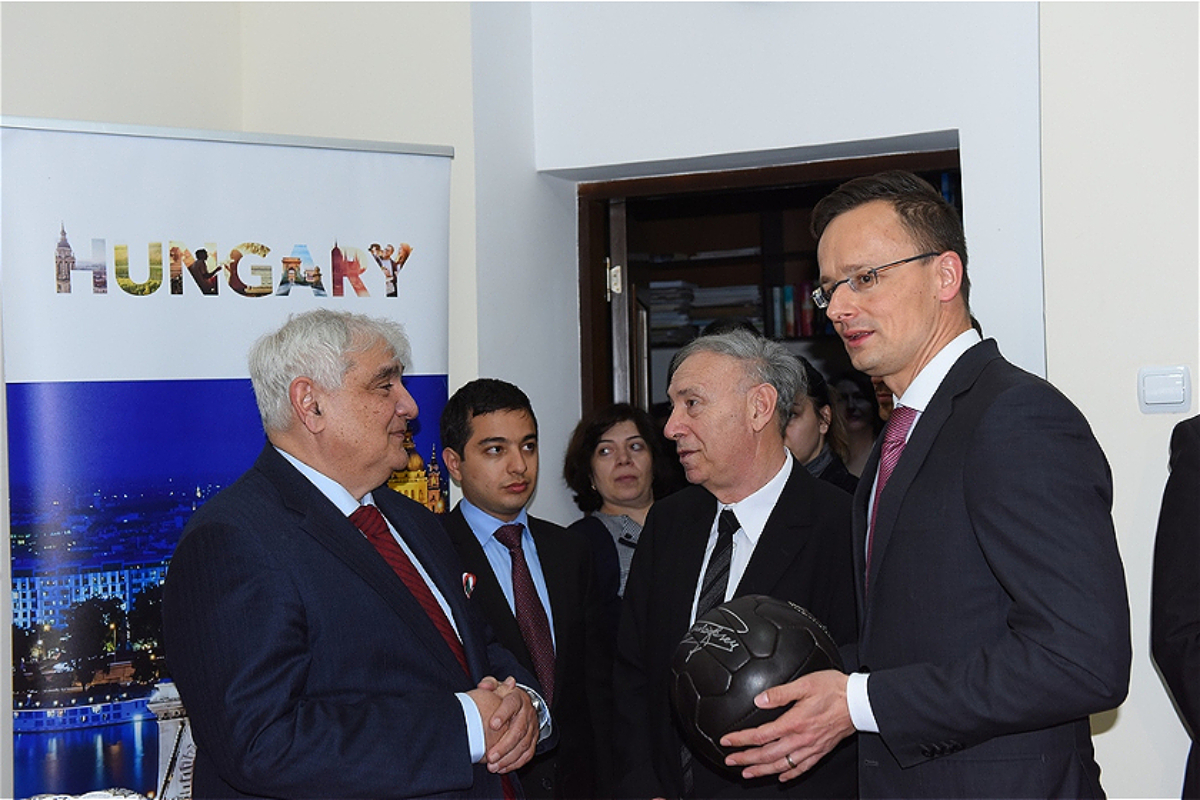 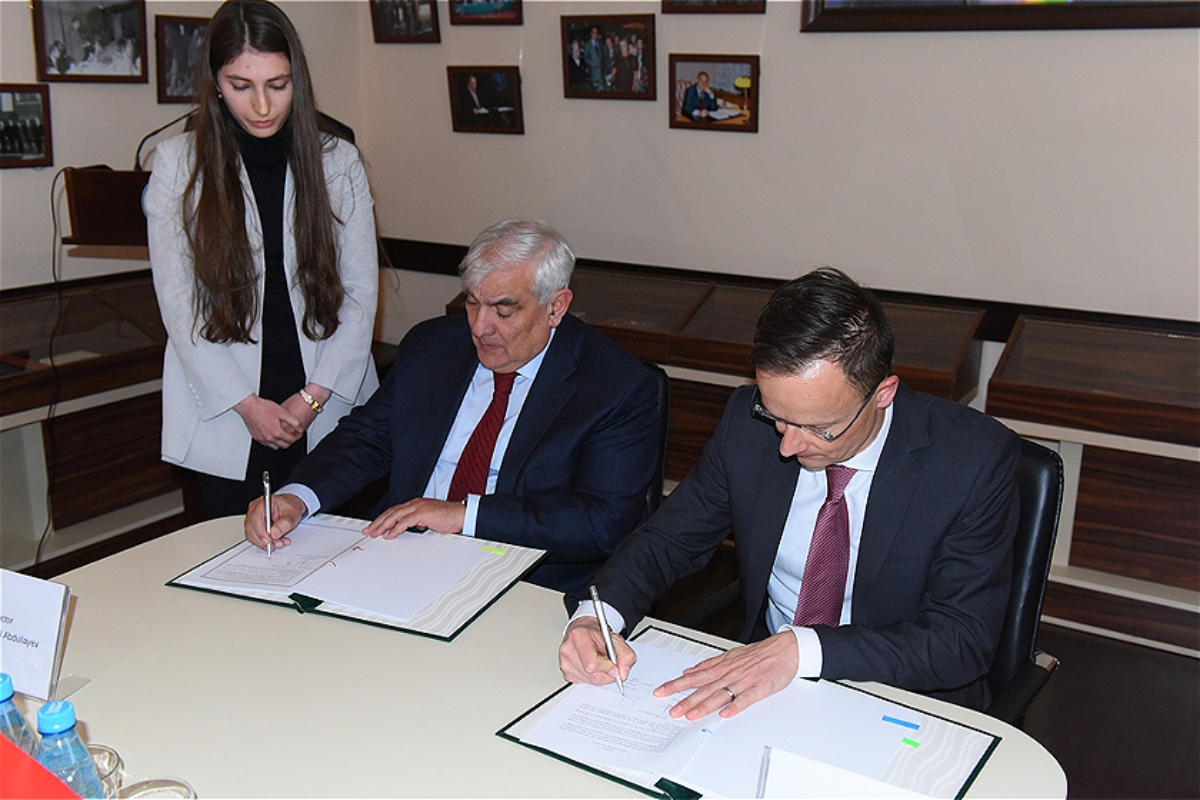 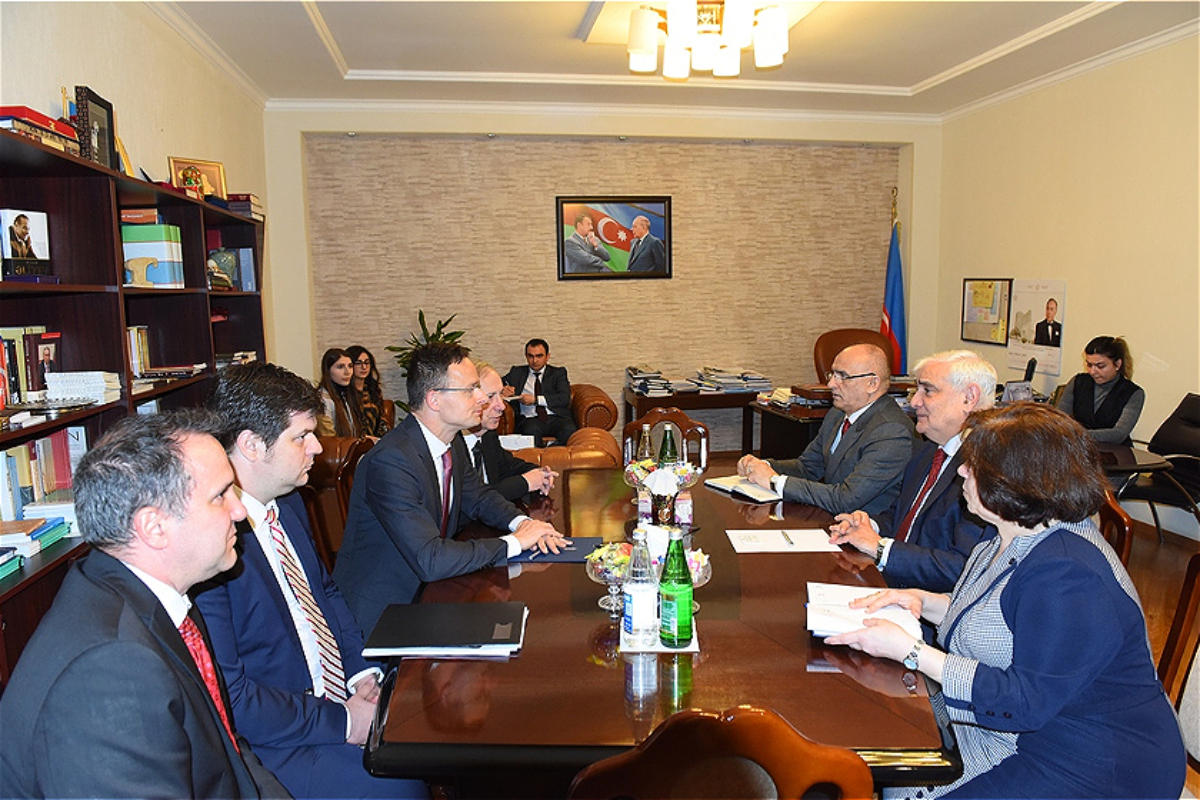