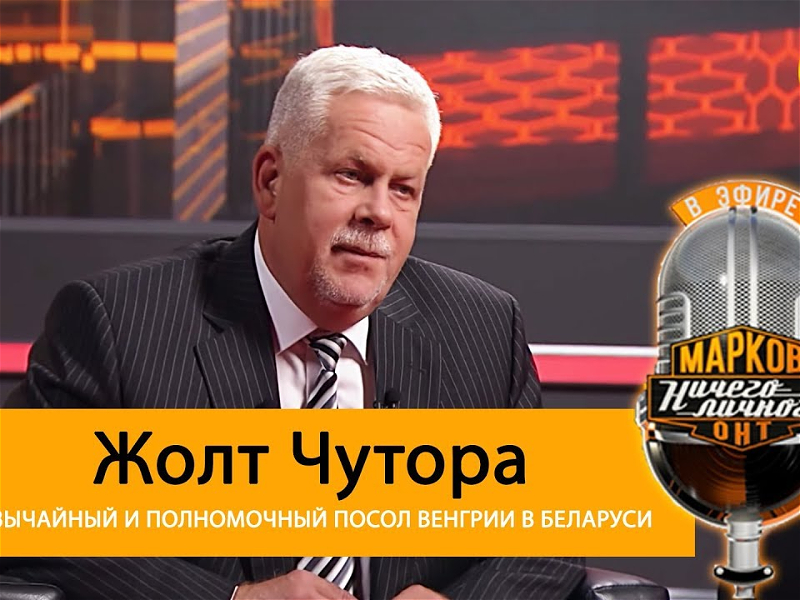 Jolt Chutora was the Ambassador Extraordinary and Plenipotentiary of Hungary to Azerbaijan in 2010-2015.

Jolt Chutora was born on February 4, 1964 in Miskolc, Hungary. He studied at the Air Force Technical College in Solneck in 1986, at the Military Diplomacy Faculty of the National Defense University in Budapest in 1997, and at the Russian Diplomatic Academy in 1999-2000.

Jolt Chutora started his professional career in 1986 in the Hungarian Armed Forces. Over the years he has held various positions at the National University of Defence in Budapest, the Ministry of Defence, the Ministry of Foreign Affairs, the Hungarian Embassies in Russia and Kazakhstan, and Hungarian consulates in Almaty and Shanghai. In 2010 he was appointed Ambassador Extraordinary and Plenipotentiary of Hungary to Azerbaijan.

On 10 May 2014, he was awarded the "Golden Chinar” International Prize , established by Heydar Aliyev Foundation.

He is the author of the “Azerbaijani-Hungarian cuisine" book.

By the decision of the Academic Council of the Azerbaijan Languages University in 2014, Ambassador Extraordinary and Plenipotentiary of Hungary to the Republic of Azerbaijan Jol Chutora was awarded  AUL Honorary Doctorate Diploma for his activity and initiatives in strengthening friendship and cooperation between Azerbaijan and Hungary, development of scientific and cultural relations, as well as promotion of the Hungarian language in Azerbaijan.