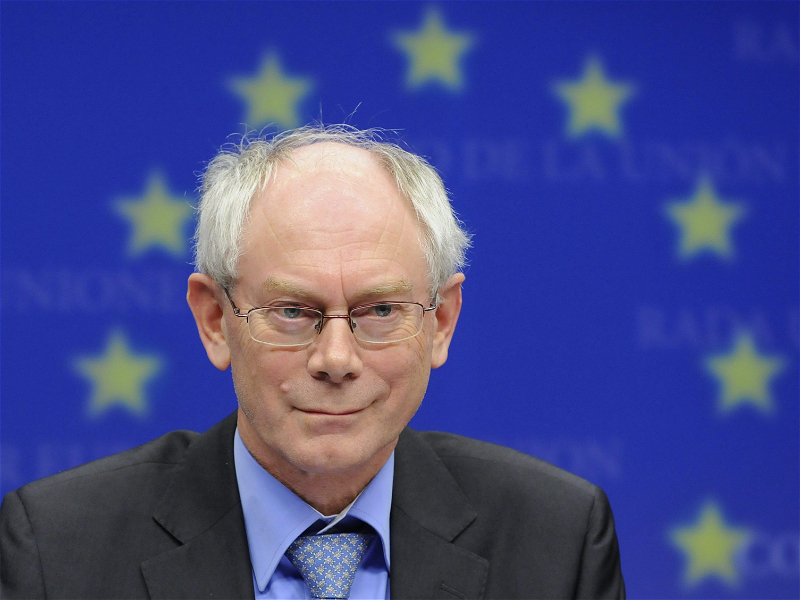 In 1965 he graduated from the Jesuit College of St Jan Berhmans in Brussels and then studied philosophy and economics at the Catholic University of Leuven, where he earned a bachelor's degree in philosophy in 1968 and a master's in economics in 1971.

In 1972-75 he worked at the Central Bank of Belgium. In 1975-78, he was an adviser to Prime Minister Leo Tindemans, then headed the Centre for Political, Economic and Social Studies (1980- 1988). Those years he worked as a teacher at several educational institutions.

Author of six books on politics and economics.

Van Rompuy's political career is linked to the Christian Democrats and Flemish Party, of which he was a member since 1975. Chairman of the party from 1988 to 1993.

On December 28, 2008, in the midst of a severe internal political crisis, the King of Belgium proposed to Van Rompuy to form a new Cabinet of Ministers. Following the resignation of the Speaker of the House of Representatives on December 30, H.Van Rompuy presented the composition of the new Belgian government. The composition of the cabinet did not differ from the government of Iva Leterma. On January 2, 2009, the Rompuy government received a vote of confidence from the Belgian Chamber of Deputies.

According to the Resolution No 6 of the Scientific Council of the Azerbaijan University of Languages ​​dated July 4, 2012, Herman Van Rompuy, European Council President , was awarded the title of Honorary Doctor of AUL for his role in strengthening EC-Azerbaijan cooperation.