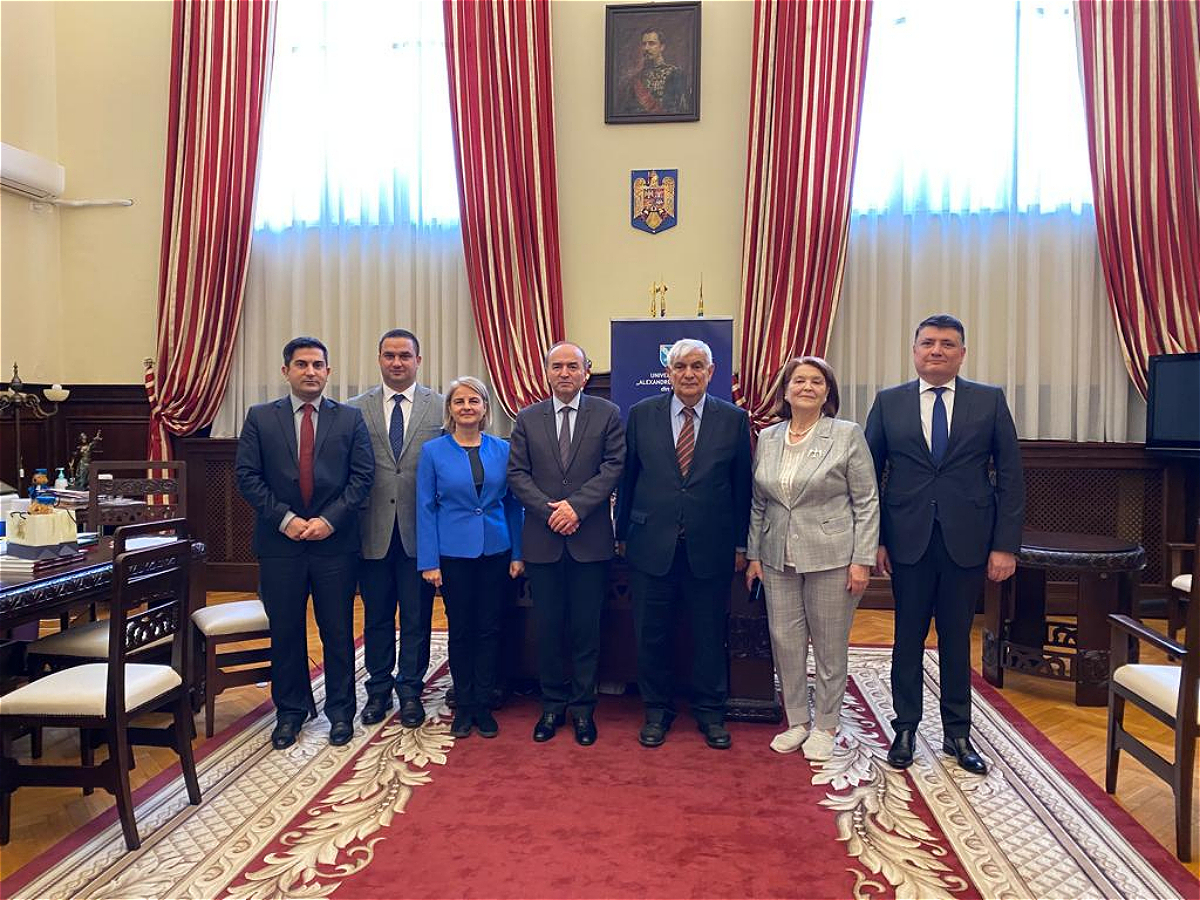 The Azerbaijani Centre of Multiculturalism has been opened at the Alexander Ioan Cusa University
of Iasi, the oldest university of Romania in Iasi.
Rector of the Azerbaijan University of Languages, academician Kamal Abdulla, Azerbaijani
Ambassador to Romania Huseyn Najafov, chairman of the Azerbaijani-Romanian friendship group
of the Romanian Parliament Daniel Christian Ivanitse, Rector of the University of Iasi Tudorel
Toader, Vice-rectors and teaching staff attended the opening ceremony.
It should be noted that the subject &quot;Azerbaijani multiculturalism&quot; has been taught at the University
of Iasi for five years already. The subject is taught by university professor Lyudmila Bejenaru. As a
specialist who loves Azerbaijani culture, history and language, she will continue her work as head
of this center.
Translator into Romanian of popular writer Kamal Abdulla&#39;s novels &quot;Incomplete Manuscript&quot;,
&quot;Valley of Magicians&quot; and play &quot;One, Two, Three, Four, Five - I&#39;m Coming to Find...&quot;, Liudmila
Bejenaru is doing an important job of popularizing Azerbaijani literature in her country.
Academician Kamal Abdulla and Rector Tudorel Toader met prior to the center&#39;s opening
ceremony.
Ambassador Extraordinary and Plenipotentiary of the Republic of Azerbaijan to Romania Husein
Najafov also took part in the meeting.
According to the memorandum, student and teacher exchanges, scientific conferences and
effective cooperation at various levels will be organized between the two educational institutions.
Kamal Abdulla also met with Romanian students as part of the visit. Romanian students&#39; interest in
Azerbaijan is of paramount importance and useful for strengthening our country&#39;s position in the
world today.
People&#39;s Writer Kamal Abdulla invited Romanian students to participate in the Multicultural
School, which is held by the Baku International Center for Multiculturalism twice a year - in winter
and summer.