Kamal Abdulla was awarded the title of Honorary Doctor in Romania 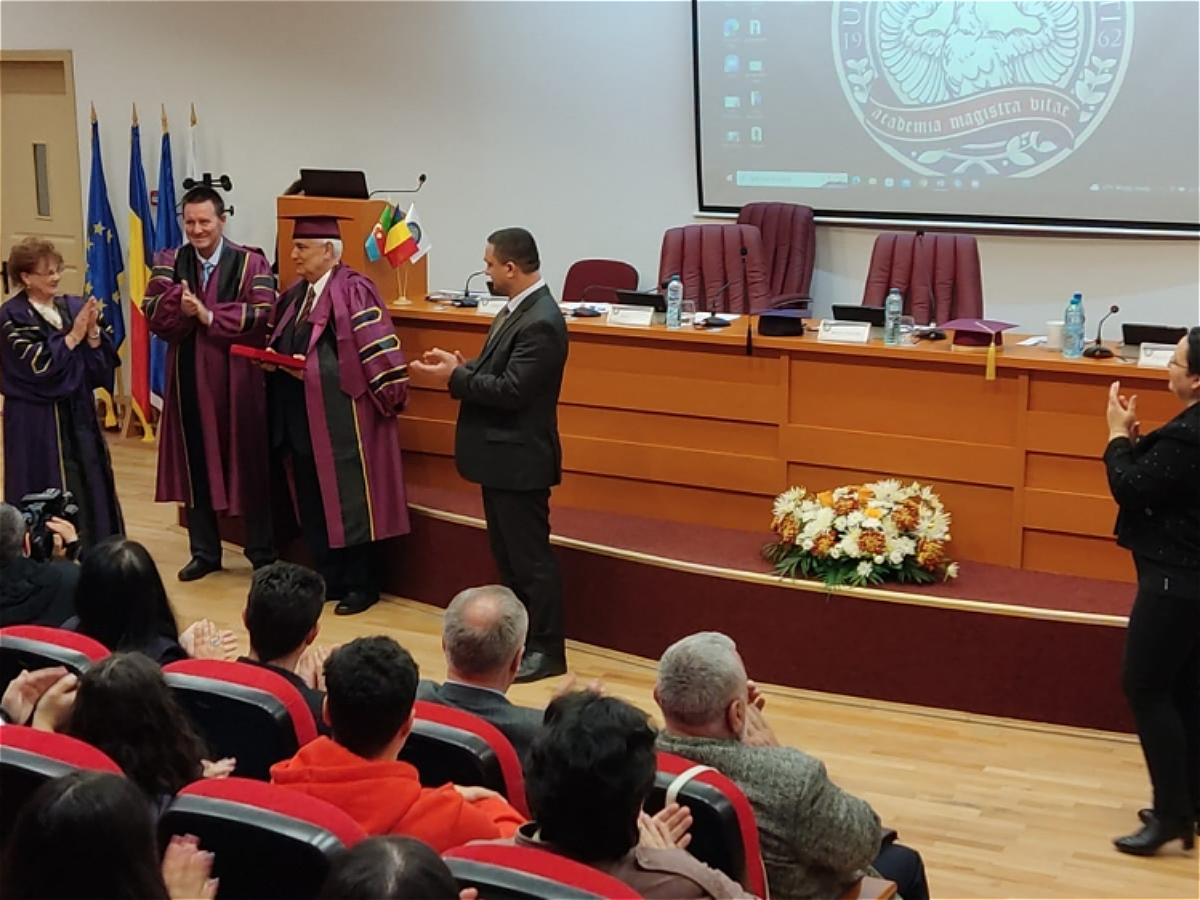 Rector of the Azerbaijan University of Languages (AUL), academician, people&#39;s writer Kamal Abdulla was
awarded the Honorary Doctorate of the University of Pitesti in Romania.
According to the AUL Public Relations Office, the title of honorary doctor was awarded on November 8 at a
ceremony ,organized on the occasion of the 60th anniversary of the University of Pitesti.
The ceremony began with opening remarks by Micaela Diason, president of the University Senate. The
President of the Senate shared his views on the scientific and literary works of outstanding Azerbaijani
scientist, people&#39;s writer Kamal Abdulla, highly appreciated his literary and scientific heritage and talked
about the great interest to his books translated into twenty languages.
Rector of Pitesti University Dimitri Kirleshan considered the election of Academician Kamal Abdulla as a
significant event in the scientific and pedagogical life of the university and handed him the mantle of
Honorary Doctor.
Speaking at the event, professors, vice-rectors and deans of the university spoke of the great interest in the
work of Kamal Abdulla in the scientific and artistic environment of Romania, and praised him as a great
scholar and writer.
The writer&#39;s novel «The Valley of the Magicians» was also presented at the ceremony.
Later, a memorandum of cooperation was signed between Pitesti University and Azerbaijan University of
Languages.
According to the memorandum, student and teacher exchanges will be organized between the two
institutions, academic conferences will be organized and effective cooperation on various levels will be
established. It should be noted that Kamal Abdulla was awarded this honorary title for his services in the
development of educational and scientific relations between Azerbaijan and Romania, as well as for creating
favorable conditions for teaching the Romanian language at a high level in AUL, and for his exceptional role
in promoting culture of this country.