AUL held an event on October 18 - Independence Restoration Day
On October 18 at Azerbaijan University of Languages (AUL) an event was held on the occasion of
October 18 - Independence Restoration Day.
AUL Rector, Academician Kamal Abdulla assessed October 18 as a date of exceptional importance
in the history of Azerbaijan.
&quot;If we look at the events that took place during the first years of the restoration of Azerbaijan&#39;s
state independence, we see that our country faced many difficulties during that period.
With the return of the Great Leader Heydar Aliyev to power for the second time in Azerbaijan, at
the insistence of the people in 1993, our independence became firm and irreversible, the country
was developing, our economic power was growing.
Works done since 1993 towards strengthening our state independence and purposeful steps taken
today have become the firmest foundation of Azerbaijan&#39;s success&quot;.
It was mentioned that great leader Heydar Aliyev eliminated chaos and anarchy, economic,
political, moral and psychological tensions and thus signed new way for development of
independent Azerbaijan, pointed out that independence of Azerbaijan is eternal and unchangeable
as the result of far-sighted policy of the great leader.
Ramin Guliyev, senior lecturer at the Department of Caucasian Studies and History of Azerbaijan,
spoke on &quot;The Independent Republic of Azerbaijan is the successor of the People&#39;s Republic of
Azerbaijan&quot;.
Ramin Guliyev noted that the Democratic Republic of Azerbaijan established in 1918 existed only
23 months and our country regained its independence on October 18, 1991.
R. Guliyev noted that the first years of independence were difficult for the young sovereign country
and that Azerbaijan faced great difficulties, on the one hand, the military aggression of Armenia
continued, on the other hand, the country&#39;s economy was paralyzed, internal stability was broken,
there were specific threats and risks for the statehood of Azerbaijan. He said just in that difficult
period great leader Heydar Aliyev returned to Azerbaijan on request of Azerbaijani people and
came to power in 1993.
Senior lecturer of the International Relations Department Leyla Rustamli gave a speech entitled
&quot;Constitutional Act on State Independence is the basis of Azerbaijan&#39;s democratic development&quot;.
She stressed that at the end of the last century the Azerbaijani people, taking advantage of
historical conditions created by the collapse of the USSR, regained their independence.
On August 30, 1991, at an extraordinary session of the Supreme Soviet of the Republic of
Azerbaijan the declaration on the restoration of state independence of the Republic of Azerbaijan
was adopted.
The Constitutional Law on State Independence of the Republic of Azerbaijan was adopted
unanimously at the session of the Supreme Council on October 18 of the same year.
Gunay Safarova, a teacher at the Chair of Foreign Languages, gave a speech entitled &quot;Recognition
of the Independent Republic of Azerbaijan in the international arena&quot;.
It was noted that Azerbaijan has made great successes both in domestic and foreign policy. Thanks
to these successes, we were victorious in the second Karabakh war.
Azerbaijan was able to prove its rightness to the world as a winning country. Speaking of
Azerbaijan-Israel relations, Gunay Safarova stressed the importance of the strategic cooperation
established between the two countries. 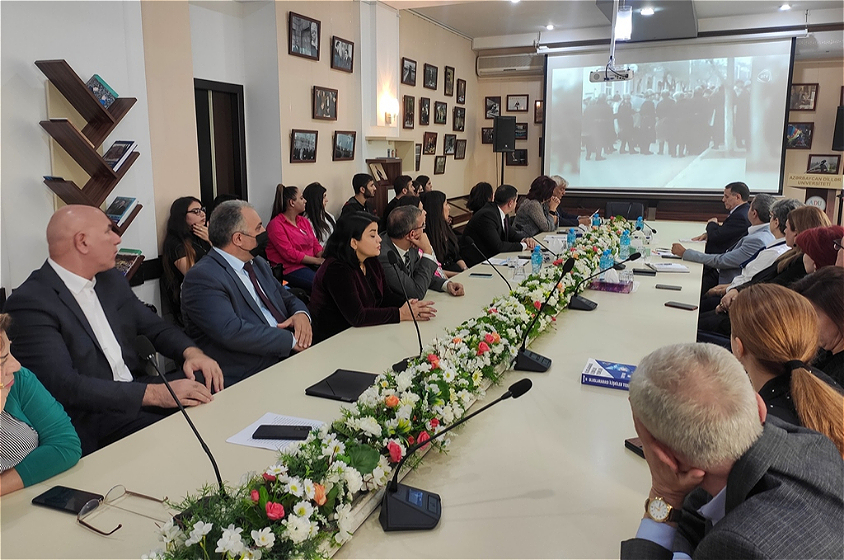 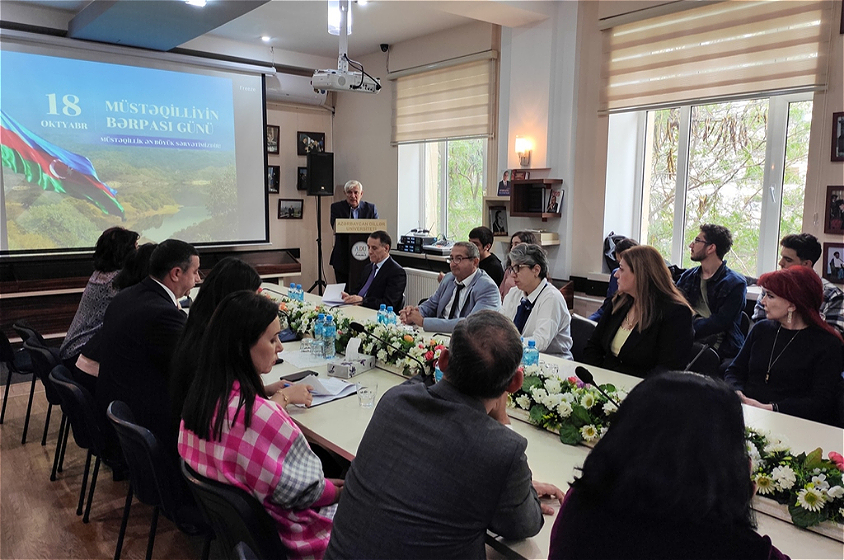