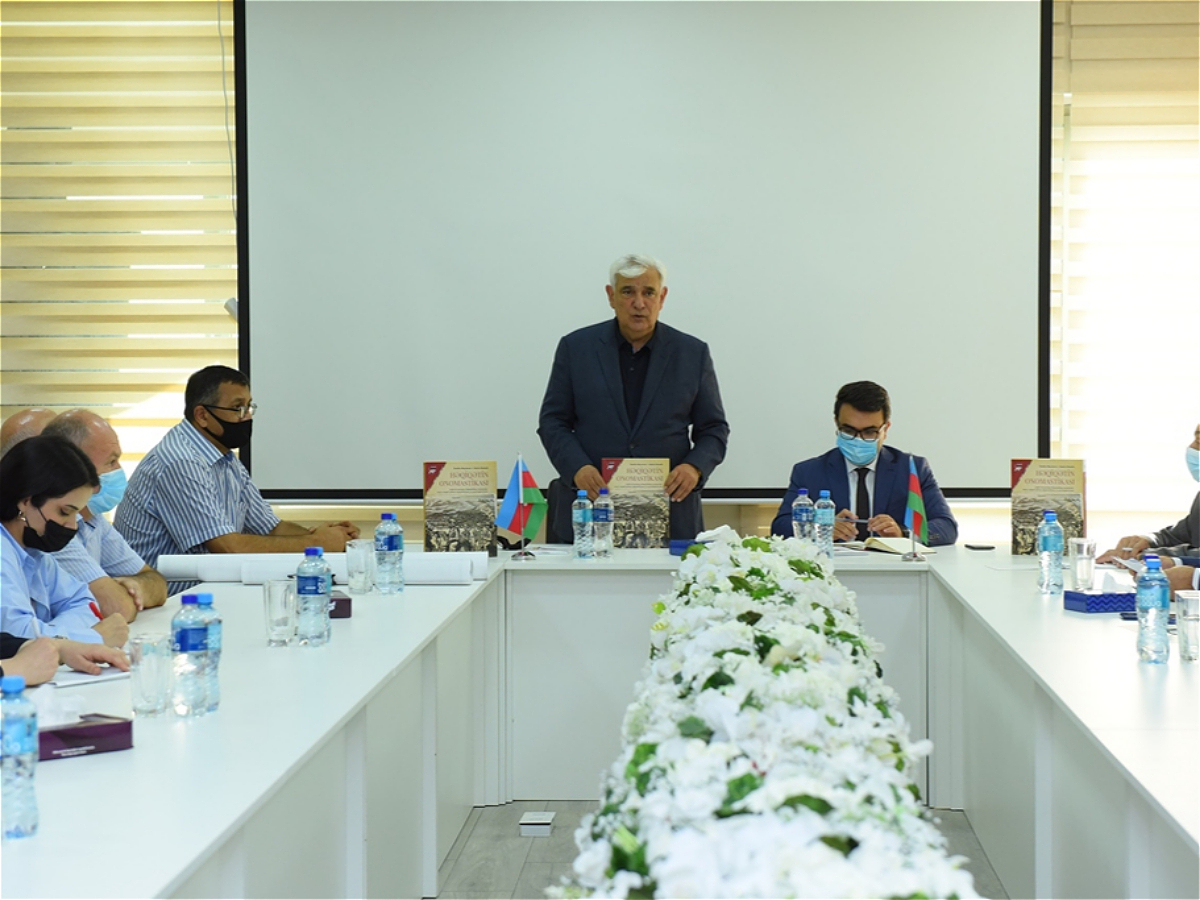 The Baku International Centre for Multiculturalism hosted a round table on additions and amendments to the book "Onomastics of Truth" and its translation into different languages.

Speaking at the round table, chairman of the Board of Trustees of the Baku International   Multiculturalism Centre, academician Kamal Abdullah said the book "Onomastics of Truth" was prepared and published upon the recommendation of President Ilham Aliyev by the Baku International  Multiculturalism Centre and the Presidential Library of the Presidential Administration, the Ministry of Ecology and Natural Resources and the Azerbaijan University of Languages.

"I want to thank all those who have contributed to the publication of this book. This book highlights one of Azerbaijan's fateful ideological problems. Mr. President has always said that borders of our Motherland are linked to Azerbaijani names, and today these borders continue to exist in the place where the Republic of Armenia was founded. But under what name does it continue? We define it, reveal it through such books, and present it to the public. The fact that the falsified toponyms in Armenia are presented to the Azerbaijani public in this way is a very important development. The book must be brought to the attention of the world community not only in Azerbaijani, but also in other languages. Azerbaijan University of Languages initiated this work. The book has been translated into Russian, English and French. I want to note that the Cabinet of Ministers is interested in this and will help us in this work. We believe that with its support, we will be able to increase the number of languages ​​in which this book is translated in the future. More than 20 languages ​​are taught at the Azerbaijan University of Languages. We are planning to translate the book into Korean, Japanese, Indonesian, German and other languages.

The book, which is intended for experts and the general public, contains the history and explanation of 737 settlements, 499 villages, 704 renamed administrative units, 231 oronim, 116 hydronim, 137 pastures and winter toponyms in Armenia, the ancestral homeland of Azerbaijanis.

Speaking at the event, executive director of BICM Ravan Hasanov noted that research works are carried out to identify the toponyms in the territory of the Republic of Armenia. The new edition of the book will increase the number of such falsified names and include new maps.