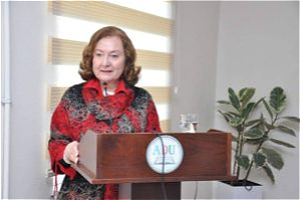 The German Studies Institute is attached to the Azerbaijan University of Languages and has been established to coordinate all education and research related issues of Germanic Philology. It is intended to develop bachelor and master programs according to the demands of the European Union and in accordance to the guidelines of Bologna process at different chair s of AUL namely, Linguistics, Ancient Literature, Modern Literature, Second Foreign Language (German) and Country Studies. The German Studies Institute also purports to organize international projects to promote Germanic Philology at a global level.

About the head and associates of the institution:

Professor Sieglinde Hartmann is head of the institution. Her responsibilities include to make plans in order to connect the chair s at the university and to coordinate and develop research projects. At the moment, below-mentioned chair s cooperate within the institution:

Apart from the above-mentioned chairs, the German Reading Hall and the Austrian Centre are also attached to The Institute of Germanic Philology.

The establishment of the institution:

Professor Sieglinde Hartmann, the first president of the Osvald von Wolkenstein Associaton in Frankfurt am Main and honored professor of Medieval German literature at the University of Würzburg in Germany was appointed as a visiting professor of German philology at Azerbaijan University of Languages on November 23rd 2017.

The inaugural ceremony of the institution took place at the assembly hall on March 1st 2018 at Azerbaijan University of Languages.

Kamal Abdullah, the rector of Azerbaijan University of Languages, Honored Scientist and active member of Azerbaijan National Academy of Sciences made an opening speech and greeted all the guests at the inaugural ceremony. The Head of the Mission, the Ambassador of Germany to Azerbaijan H.E. Mr. Michael Kindsgrad, the Ambassador of Switzerland to Azerbaijan H.E. Mr. Philipp Stalder and the consul of the Republic of Austria Mr. Wolfgang Marchard were among the honored guests. All three diplomats highly emphasized the importance of the establishment of the institution as a strong asset in developing cultural and economic relations among these three countries in future. The head of the chair of German lexicology and stylistics D.Sc. Prof. S.A.Abdullayev also congratulated the audience on behalf of the other chair s.

The Ambassador of Germany to Azerbaijan H.E. Mr. Michael Kindsgrad also expressed his wishes in relation to the development of German philology in future while cutting the red ribbon.

13/03/2018- First round table at the institution of German Philology: Compare-contrast presentation and discussion of “The Song of the Nibelungs” and “The Book of Dede Gorgud”.

Under supervision of the rector of Azerbaijan University of Languages, honored scientist Kamal Abdullah and prof. Afgan Abdullayev, prof. Sieglinde Hartmann delivered a speech and gave a presentation to the professors, lecturers and researchers at AUL on the findings of the studies of two epic poems, which have been done at Johannes Gutenberg University of Mainz since 2009. This discussion ended with further suggestions in terms of conducting research on other epic poems in order to initiate a long-term and successful project in future.

Professor Sieglinde Hartmann delivered a speech to the III and IV year students, read extracts in original, and commented on them. Students also rehearsed acts from the samples of German literature under the supervision of Latifa Gurbanova.

The seminar ended up with the presentation of Stefanie Matzer, an associate of the Austrian Centre and a lecturer at AUL. The presentation was entitled as “An Introduction to Academic Writing” and was highly welcomed by the audience.

16/03/2018 A performance by the Institute of Germanic Philology: “The Song of the Nibelungs” and some extracts from German literature.

Students at AUL efficiently performed an act from the epic poem “The Song of the Nibelungs” and some scenes from “The Erl King” and “The Sorcerer’s Apprentice” by Goethe. Student performances were highly welcomed by their peers. Vice-Rector for Academic Affairs of Azerbaijan University of Languages, prof. Afgan Abdullayev expressed his sincere gratitude to all responsible people for organizing this event.

The services provided by the Institution:

The institution aims to schedule a succession of lessons on Medieval German literature in future. It also plans to deliver lectures and seminars on Modern German Literature as well as to develop courses on German as a foreign language and German country studies. The institution also purports to organize round tables together with other chair s in order to enhance a mutual cooperation. Moreover, it targets to organize conferences on scientific and cultural issues together with the embassies of Germany, Switzerland and Austria.

II floor, The Institute of German Philology, The Goethe and Schiller Centre 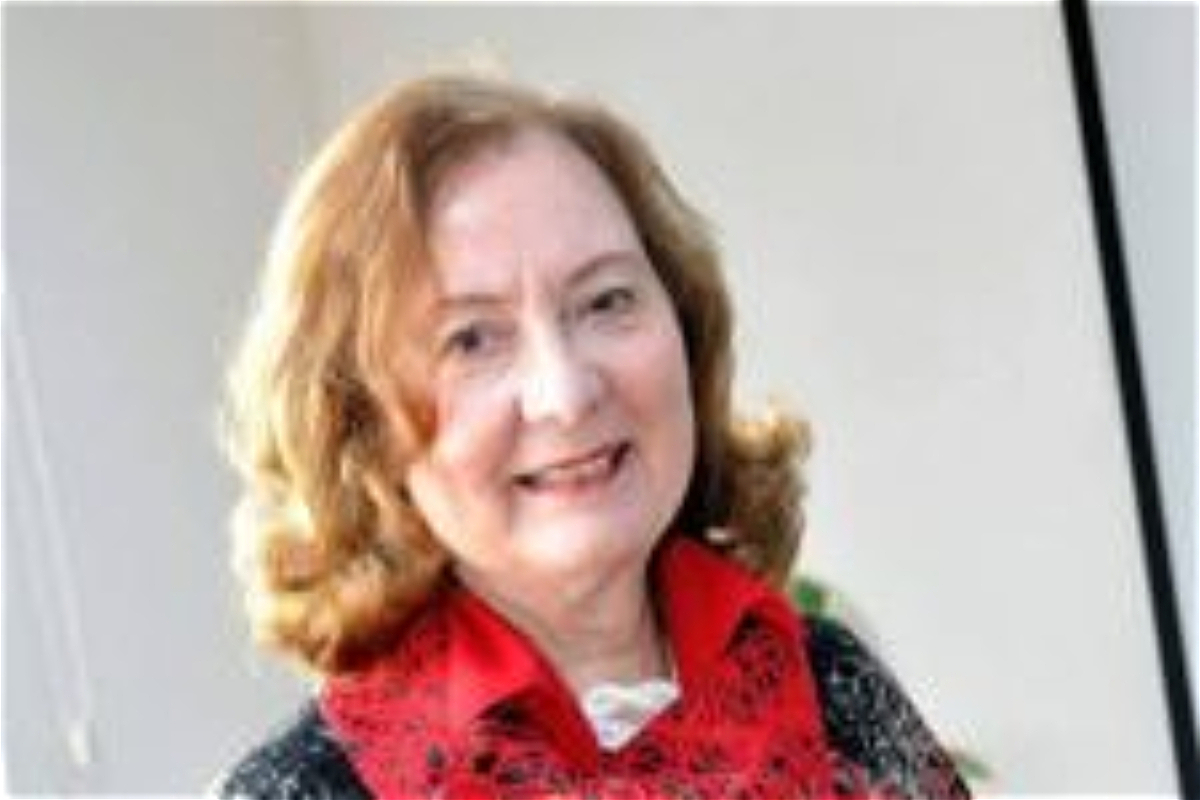 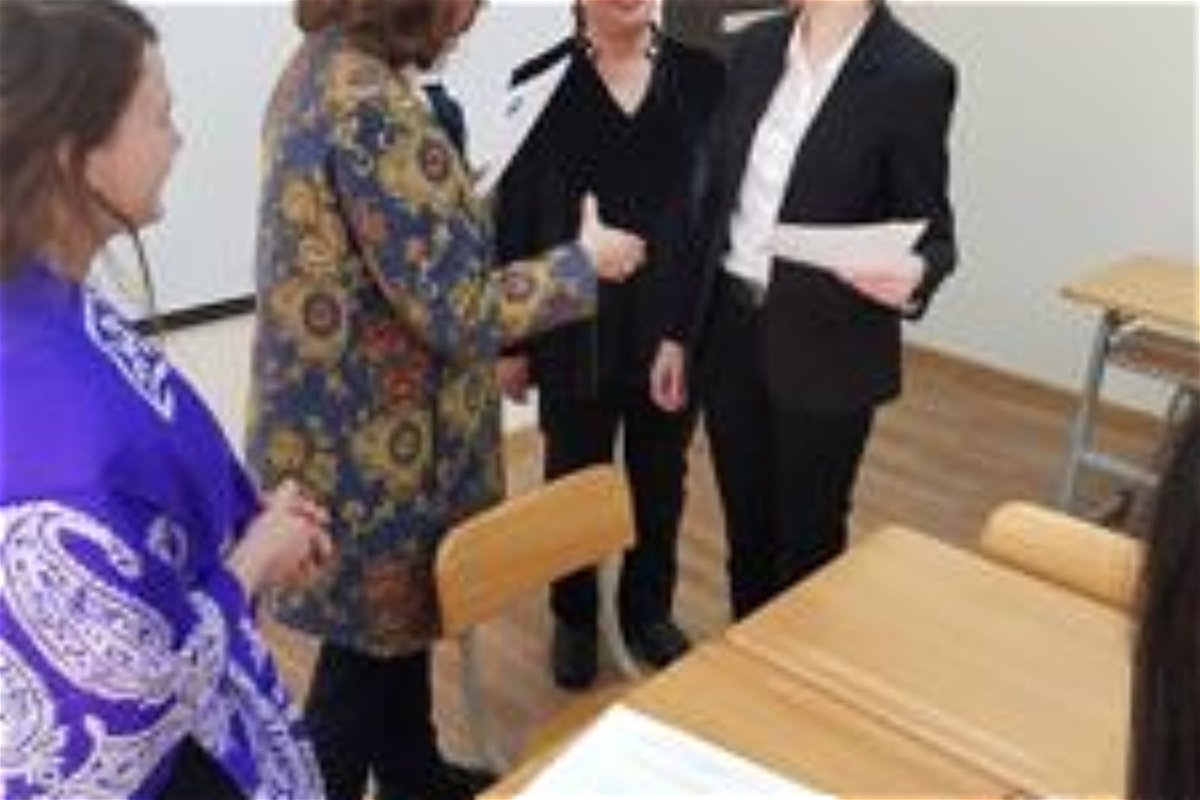 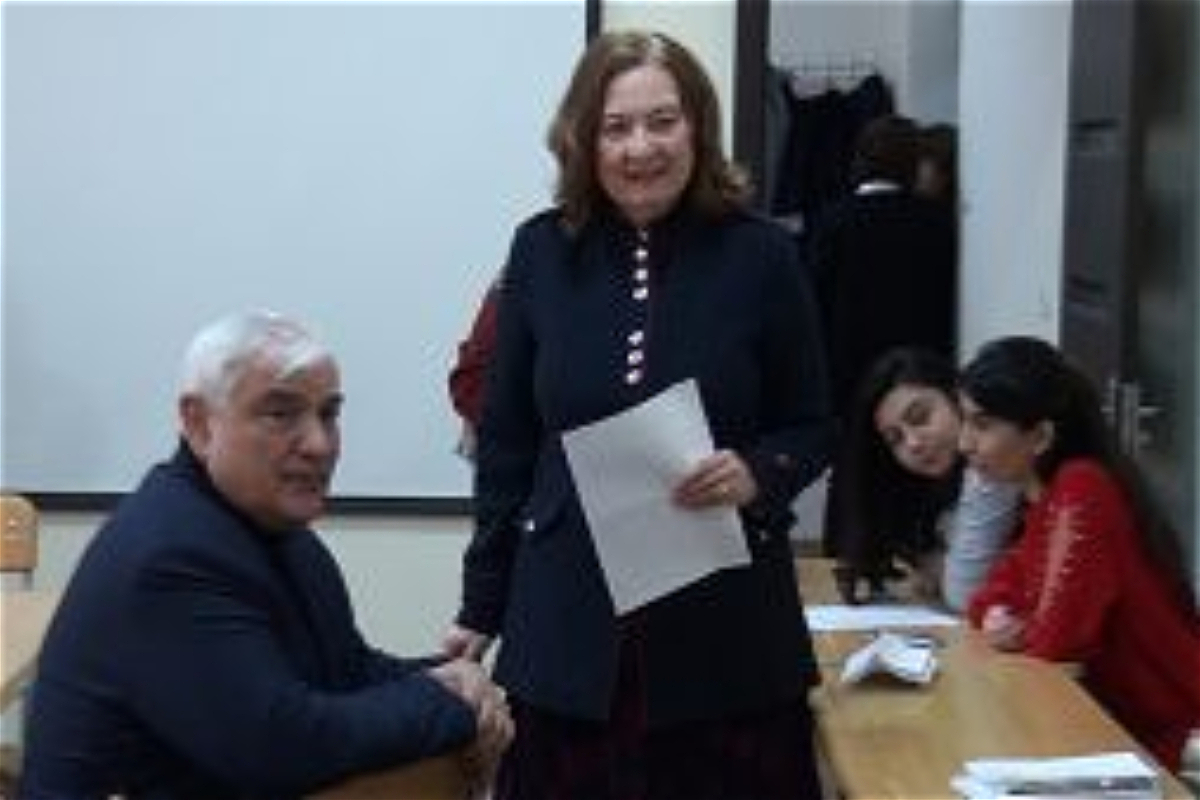 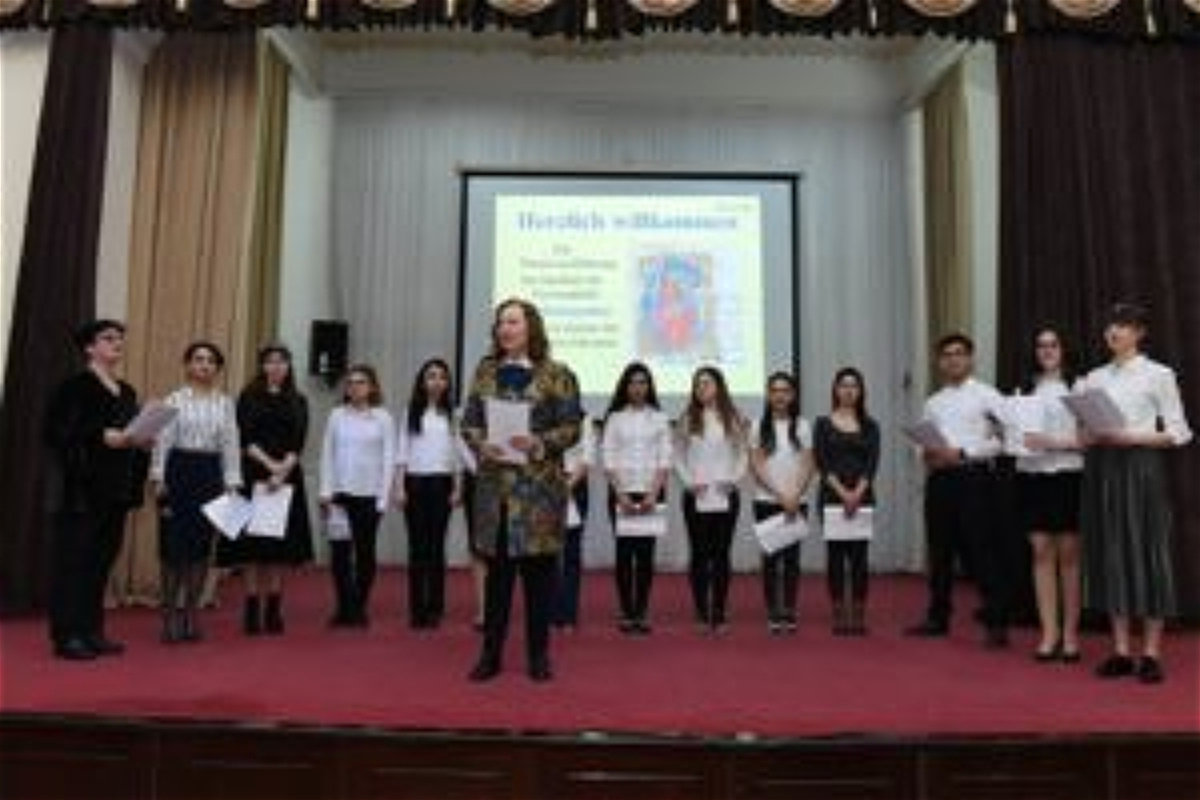 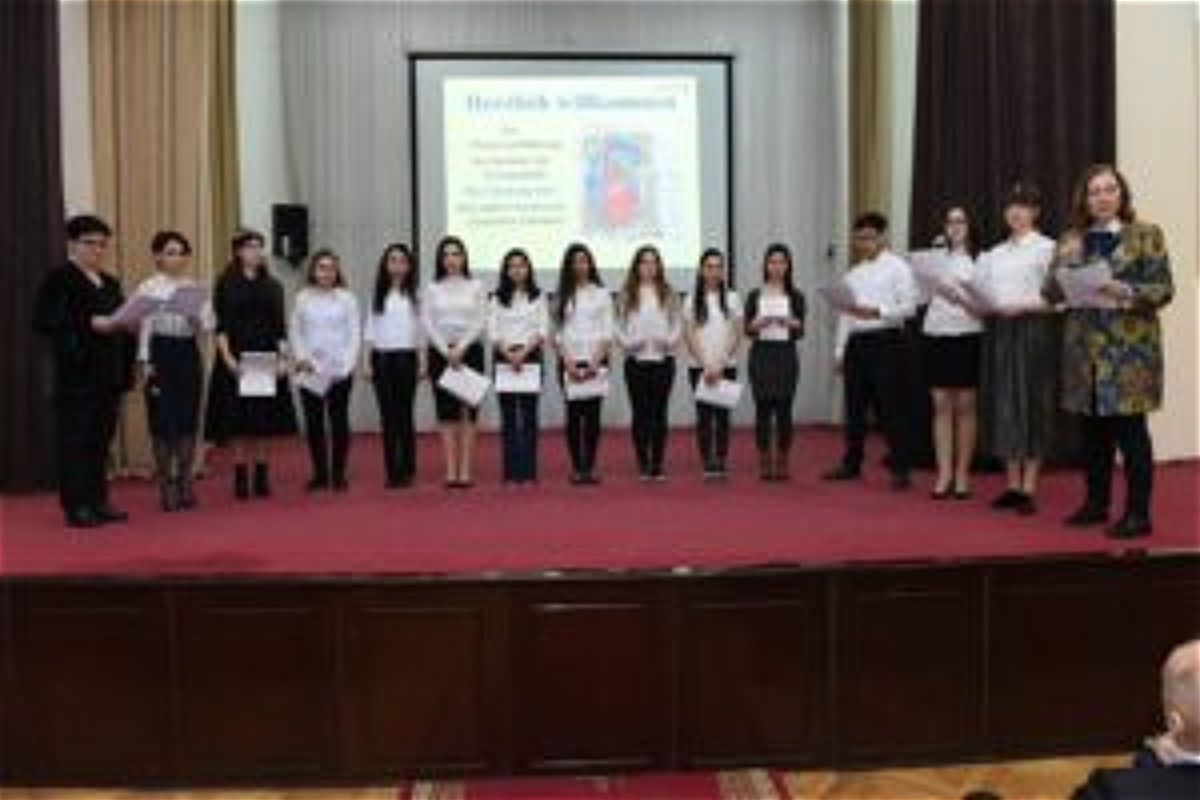