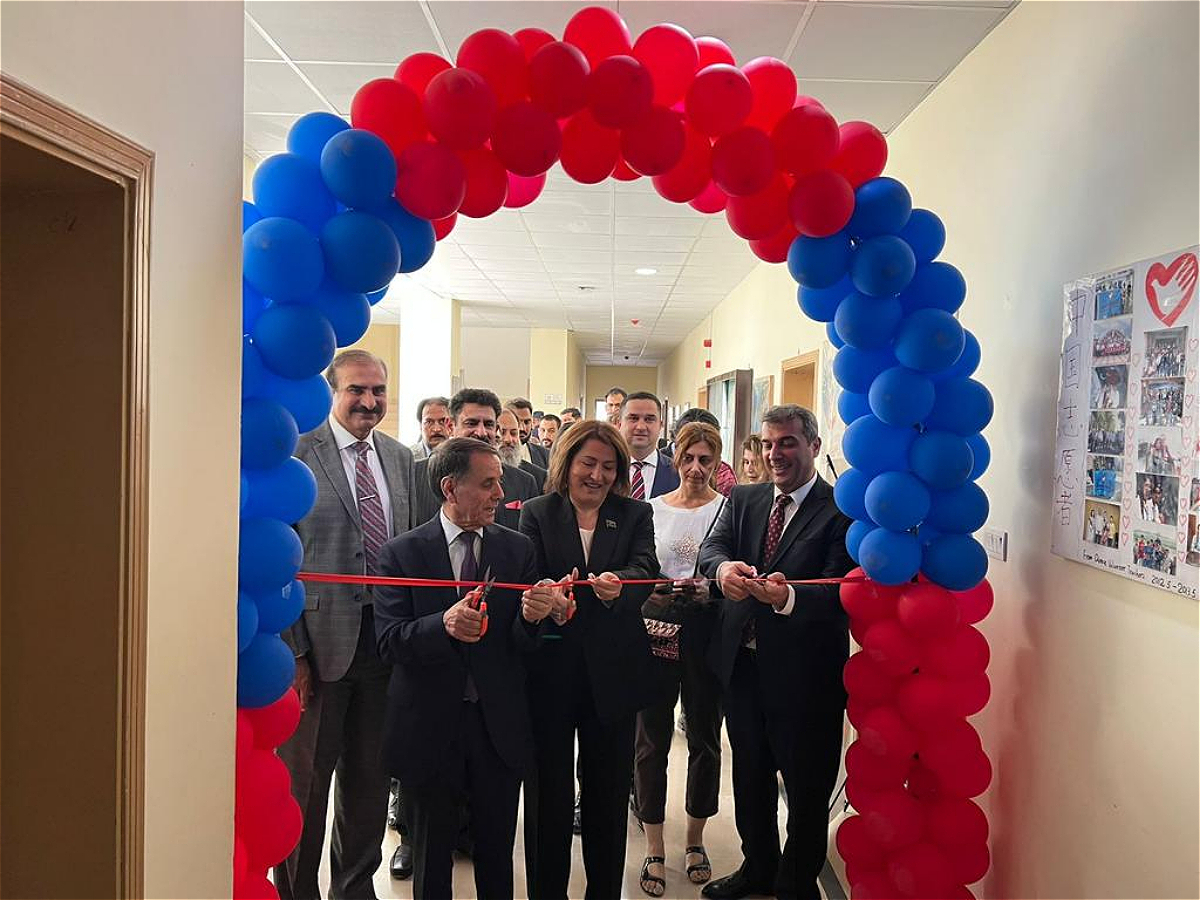 The Azerbaijani Language and Culture Centre was opened at one of the most prestigious Pakistani universities,  University of Modern Languages, on the initiative and organization of the Azerbaijan University of Languages ​​(AUL), as well as with the support of the Embassy of our country in Pakistan.

Speaking at the event, Vice-Chancellor of Pakistan University of Modern Languages (NUML) Zubair Iqbal welcomed the Azerbaijani delegation to Pakistan and said they were pleased to see them at NUML. Noting that Azerbaijan and Pakistan are two brotherly states, the Vice-Chancellor stressed that activities of Pakistan Cultural Centre at Azerbaijan University of Languages and Centre for Azerbaijani Language and Culture at NUML will play a special role in further strengthening of relations between the two countries.

Vice-rector for science and innovation of Azerbaijan University of Languages, professor Novruz Mammadov, spoke about relations between Azerbaijan and Pakistan, which have deep historical roots, emphasizing the role of leaders of both countries in reaching a strategic level. Noting that Pakistan does not recognise Armenia as a state because of its aggressive policies, Novruz Mammadov underscored the political and moral support of brotherly Pakistan to Azerbaijan over the years, as well as during the 44-day war, and thanked the government and people of that country. Novruz Mammadov noted that opening of the Centre for Azerbaijani language and culture at the Modern Languages University in Pakistan was a historical event and would contribute to further expansion of relations between the two countries. Touching upon the importance of joint scientific research the professor underlined the necessity of establishing a joint commission to study the same words in Urdu and Azerbaijani languages.

Tamam Jafarova, Member of the Milli Majlis of the Republic of Azerbaijan and Pro-Rector for Social Affairs and Public Relations of the University of Languages, spoke about Azerbaijan-Pakistan relations and said that the two countries have always supported each other in all platforms. Speaking about the war, which resulted in liberation of Azerbaijani lands from Armenian occupation, the deputy emphasized the political and moral support provided to our country by the government and the National Assembly of Pakistan during the Nagorno-Karabakh conflict and war. Tamam Jafarova also talked of humanitarian projects implemented by the Heydar Aliyev Foundation in Pakistan on the initiative of First Vice-President of the Republic of Azerbaijan Mehriban Aliyeva, saying these projects have made special contributions to deepening relations between the two countries.

Noting the importance of the establishment of the Centre for Azerbaijani Language and Culture at the Modern Languages University of Pakistan, which was created on the initiative of Kamal Abdulla, rector of the Language University, the Vice-rector expressed confidence that this centre will contribute to closer relations between the two countries.

In his speech Azerbaijani Ambassador to Pakistan Hazar Farhadov spoke about Azerbaijani-Pakistani relations and works done to further strengthen ties.  The diplomat said that direct flights from three major Pakistani cities - Karachi, Lahore and Islamabad to capital Baku have already started as well as activity of joint intergovernmental commission and about 10 working groups established within the commission.

Emphasizing the resolution passed by the Senate of Pakistan on the eve of the 30th anniversary of establishment of diplomatic relations between Azerbaijan and Pakistan condemning the Khojaly genocide and calling for further strengthening of bilateral relations, he said this is a clear example of our relations.

Congratulating the leadership of both universities on the inauguration of the Centre for Azerbaijani language and culture, the Ambassador said the Centre will play an important role in further deepening relations between the countries in scientific, cultural and humanitarian spheres.

At the end of the event, a red ribbon was cut symbolizing the opening of the Centre of the Azerbaijani language and culture, and conditions created at the Centre were shown.