German ambassador to Azerbaijan was a guest of the AUL 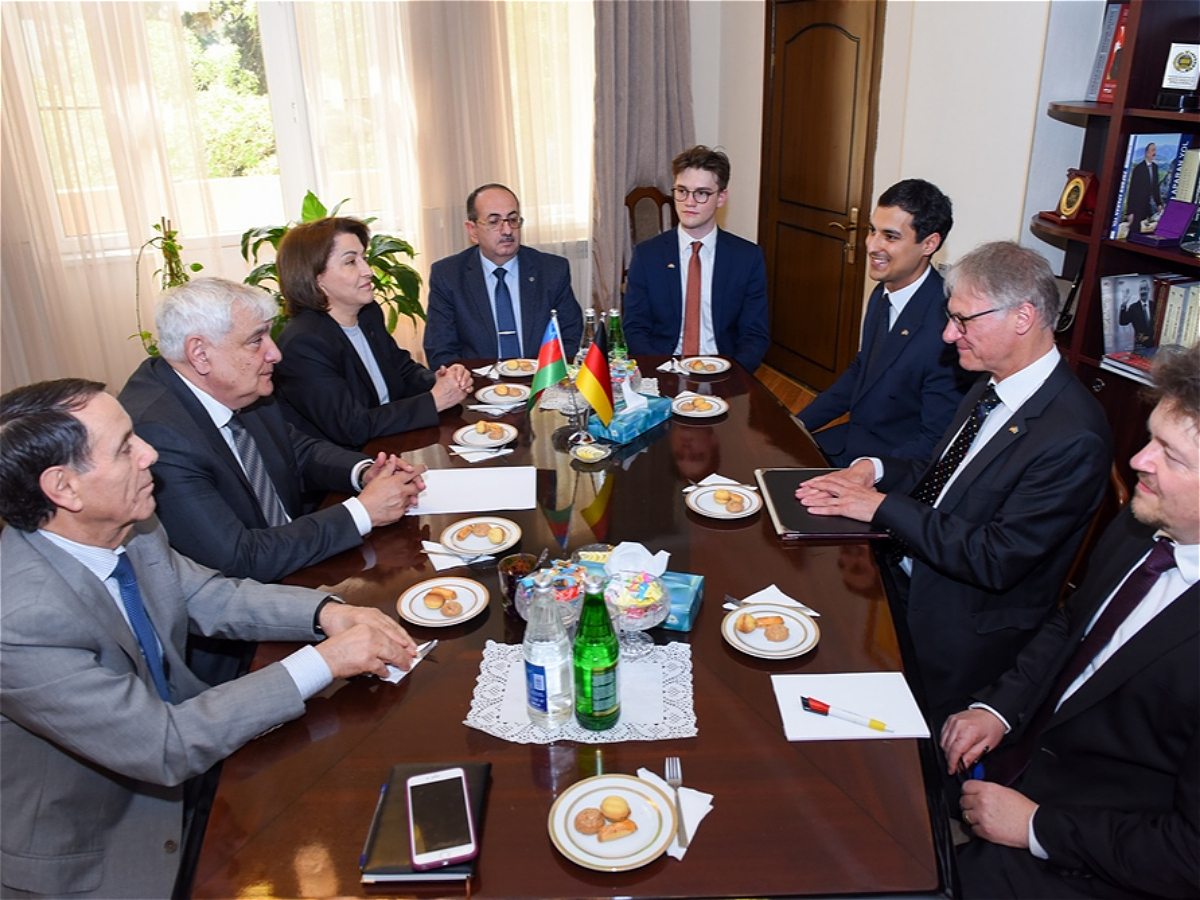 German ambassador to Azerbaijan was a guest of the AUL

Ambassador of the Federal Republic of Germany to Azerbaijan Wolfgang Manig visited the Azerbaijan University of Languages (AUL).

The rector noted that an International symposium ''New Ways of Germanism. Literary and cultural exchange between Europe and the Caucasus", jointly organized by the Institute of German Studies of the Azerbaijan University of Languages ​​and the Baku Slavic University and dedicated to the 99th anniversary of National leader Heydar Aliyev, will be held on May 6-8.

Kamal Abdulla invited Ambassador Wolfgang Manig to a meeting with students as part of the "Ambassador's Hour" and offered to promote the German language in secondary schools.

Wolfgang Manig, ambassador of the Federal Republic of Germany to Azerbaijan, said he was pleased to visit Azerbaijan University of Languages and he would be glad to meet with students in the "Ambassador's Hour" project to exchange views on various topics.

Appreciating students' interest in German language, the ambassador gave a lecture on "New Paths of German Studies". He highly valued organization of the international symposium on "Literary-Cultural Exchange between Europe and Caucasus".

The sides exchanged views on popularization of the German language, exchange programmes and organization of joint events.

The ambassador then met with students. 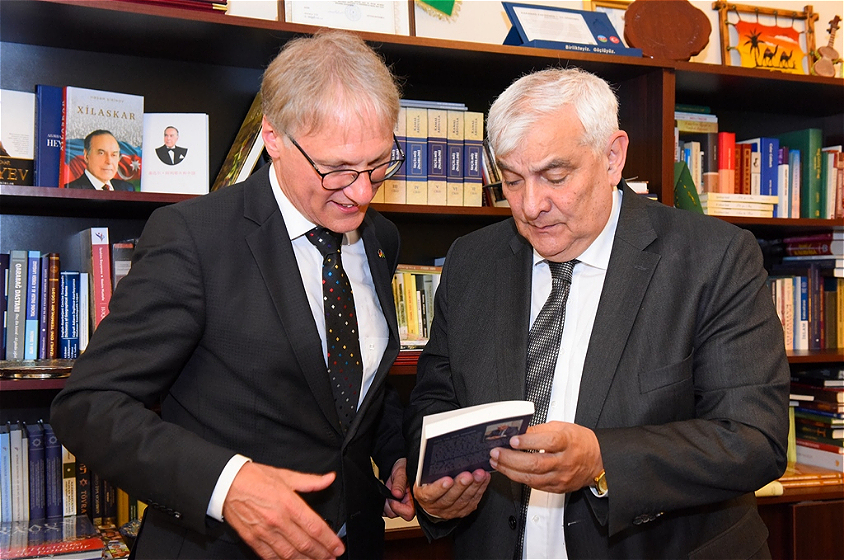 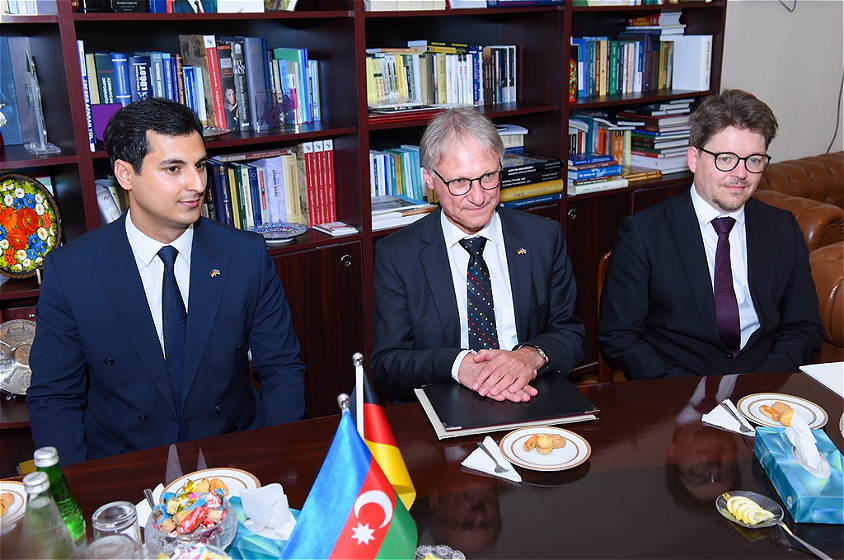 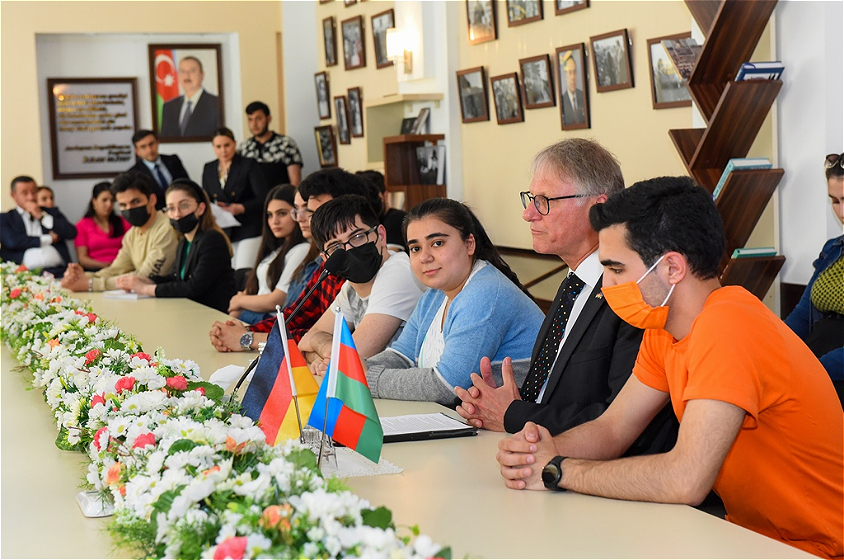 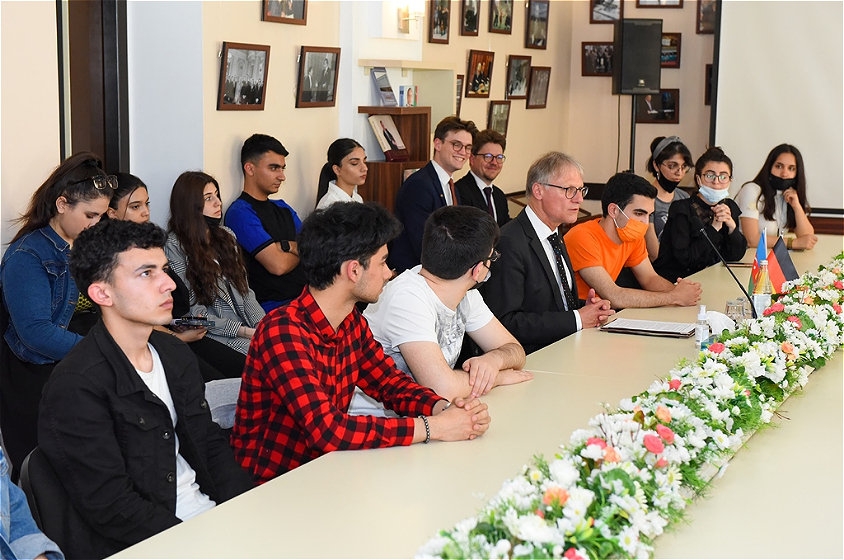