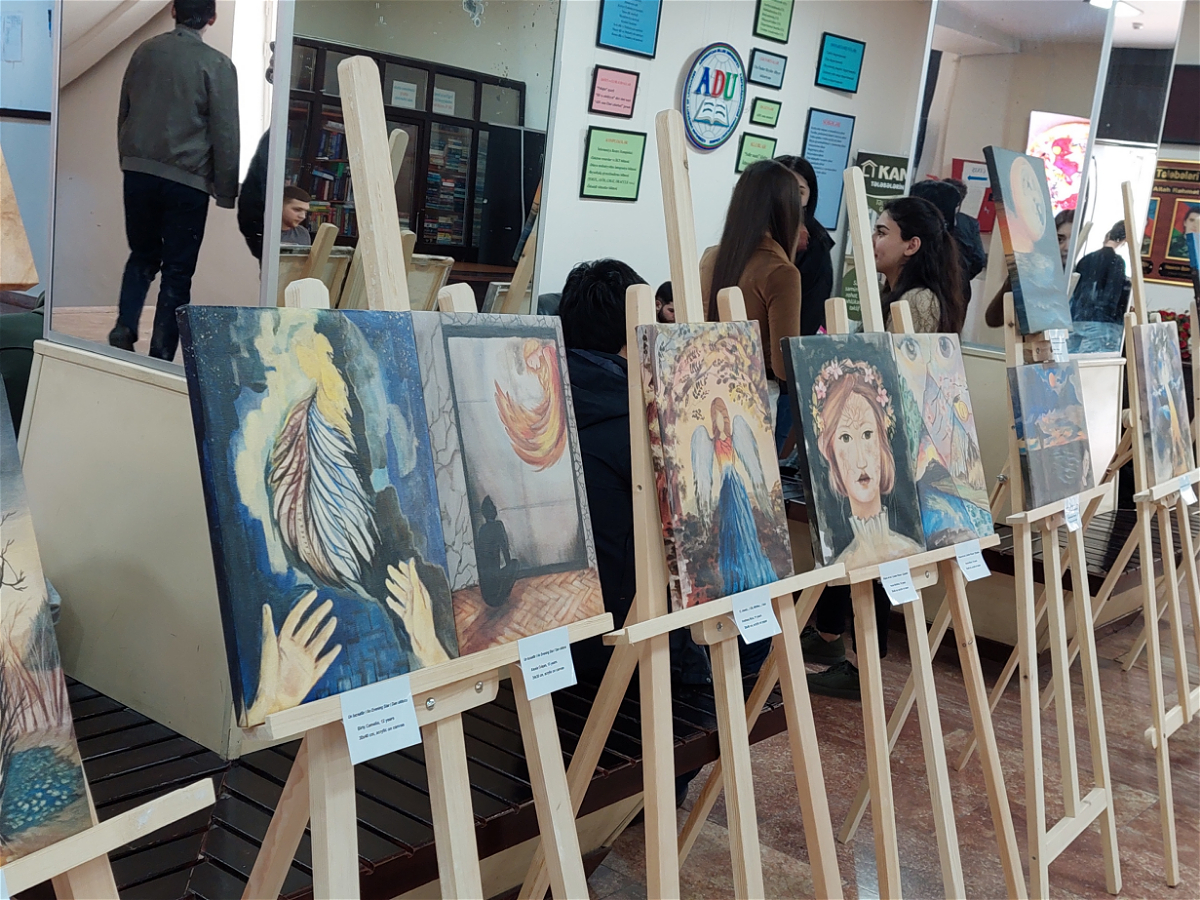 Romanian Language and Cultural Center, ADU, Baku, AZ in cooperation with Anca Jitariu STUDIO, Cluj-Napoca, RO and Azerbaijan-Romania Friendship Association, AZ, organized an international exhibition to immersive into art inspired by the Romanian National Poet's work. The celebration is the first in a series of events organized by the Romanian Lectureship in Baku dedicated to the 30 years’ jubilee of bilateral relations between Romania and The Republic of Azerbaijan.  Cultural identity represents the essence of the evolution and existence, and its traditions and specificity facilitates the formation of its own history. Therefore, by the means of cultural diplomacy, the two countries can share and reflect altogether to common values and define and accept appropriate understanding in order to achieve synergy.

The particularity of this exhibition is the fact that the art work is done by teenager art students from Jitariu Studio that depicts 19th century classic Romanian literature with the eyes of nowadays perception. The Studio is a space dedicated to art lovers, from painting and drawing courses, art projects and competitions, to art exhibitions organized to promote local culture and more.

During the workshops organized during the project initiated by the Romanian Language and Cultural Center, "Visual artistic perceptions in Mihai Eminescu's poems", the coordinator proposed to the students a selection of Mihai Eminescu’s poems translated artistically into Azerbaijani by Salim Babullaoglu based on a liniary translation by Jale Ismayil. This project is a literary collaboration through visual forms in order to internationalize and promote artistic values. Mihai Eminescu was the most important Romanian poet of the 19th century. He wrote poetry, short stories, short stories, sketches for historical dramas, novel projects and a lot of political journalism.

The exhibition was held in the Foayer of the main building of Azerbaijan University of Languages and introduced ADU students into literary imaginary of the Romanian poet. Students from the Faculty of International Relations and Regional Studies, studying Romanian language, recited poems in Azerbaijani and Romanian while the large audience looked on the exhibited paintings. 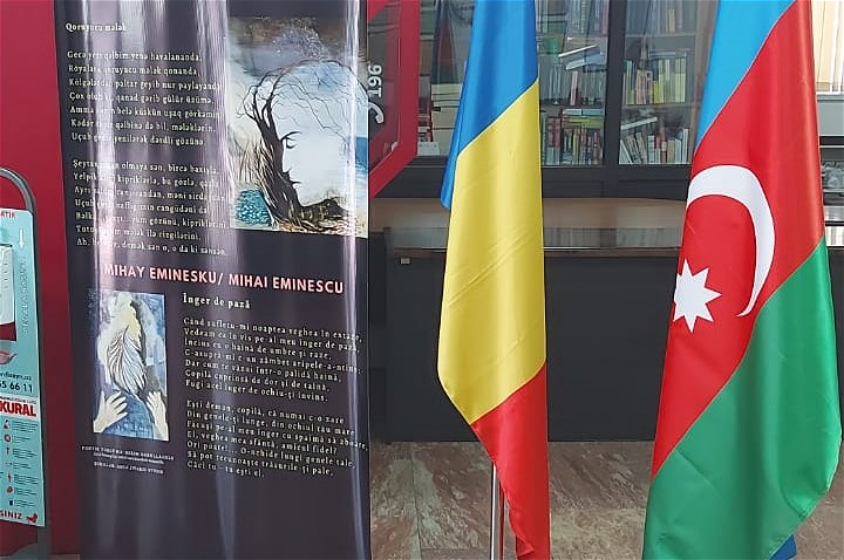 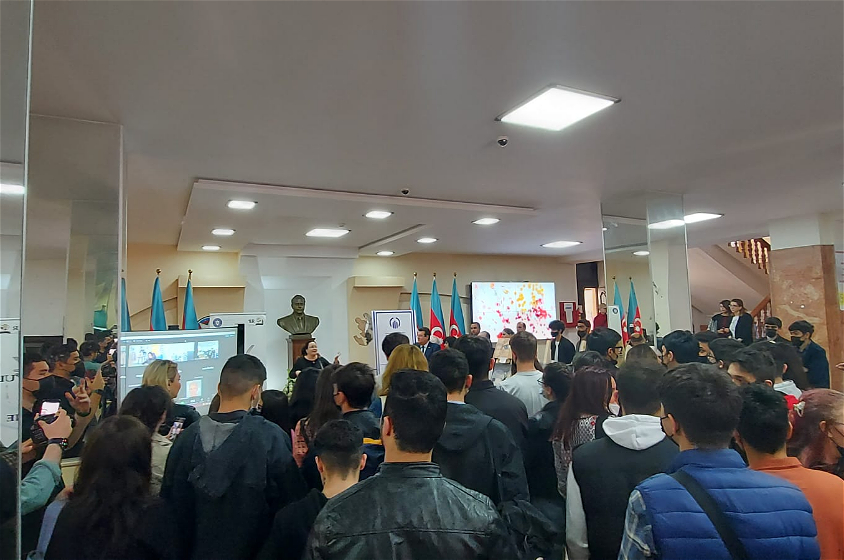 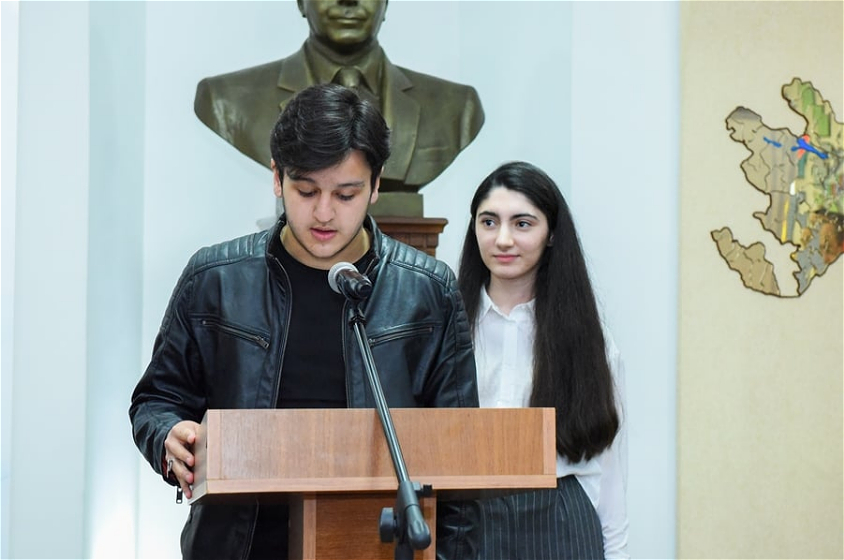 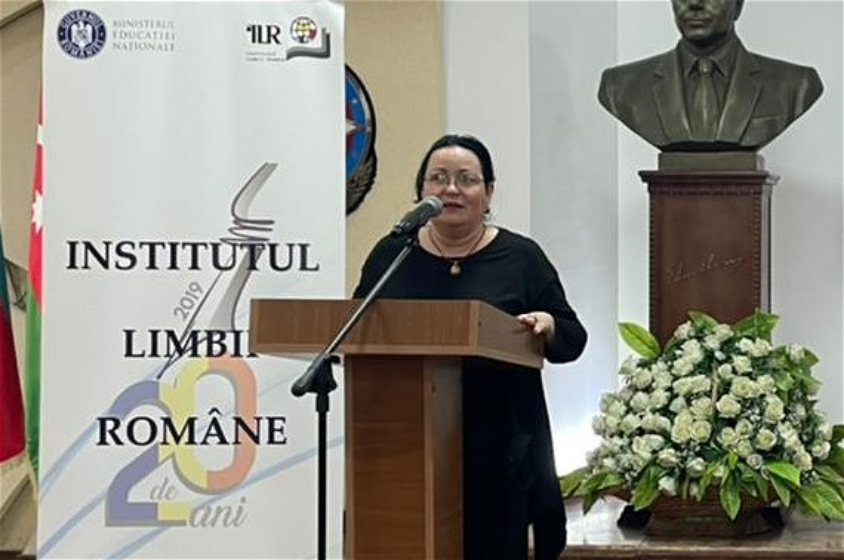