AUL held a conference on the theme: 'A Leader Leading Azerbaijan to Victory'.

AUL held a conference on the theme: 'A Leader Leading Azerbaijan to Victory'.

Azerbaijan University of Languages (AUL) hosted a conference on the theme "The Leader Leading Azerbaijan to Victory", dedicated to the election of Mr. Ilham Aliyev as President of the Republic of Azerbaijan on 11 April 2018.

Rector of AUL, people`s writer, academician Kamal Abdulla welcomed the participants and said he was pleased to see the guests at the university.

He noted that President Ilham Aliyev, who successfully continues political course of nationwide leader Heydar Aliyev, is the leader leading the state and people to the victory: "Today Azerbaijan is living its strongest, most confident and most successful years. Our victorious leader proved power and potential of Azerbaijan in 44-day war to the world.  Today the whole world has seen the culture, intellectual level, fighting ability and diplomatic power of the Azerbaijani people, and we have once again delivered to the world the adequate truth known to us. This was not an easy task in the times of great upheavals in the world.

We managed to do this, thanks to the Supreme Commander-in-Chief Ilham Aliyev, thanks to our shehids, thanks to our veterans, united as a nation and signed our great historical victory. Mr. President, with his far-sighted policy, wise steps and courageous decisions, has strengthened Azerbaijan and was able to convey the truth of Azerbaijan to the whole world.

Supreme Commander-in-Chief proved that he is with the nation, and the nation is always with him.”

MP Elman Nasirov spoke on the importance of the event and  his speech was named "The victorious President and his foreign policy doctrine".

MP Elman Nasirov said President Ilham Aliyev has always made maximum use of international tribunes to deliver the truth about Azerbaijan and essence of Armenia's aggressive policy: "Under the leadership of President Ilham Aliyev, who once again received a mandate of trust from the people, Azerbaijan has entered a qualitatively new stage in its development over the past four years.  This stage is characterised by large-scale and sustainable reforms covering all spheres. The course on deepening the reforms assessed by the President as "advancement, evolution and adaptation to new conditions" is multifaceted and dynamic, covering social-economic, legal, judicial, political, structural and personnel spheres.

MP Vugar Isgandarov talked of the role of youth in the governance and talked of President Ilham Aliyev and youth policy.  He noted: "Youth of every nation, every people, every country is its present, its future, its hope.  These ideas were expressed by national leader Heydar Aliyev for our youth, who are the future of our nation.  Mr President Ilham Aliyev, who is successfully continuing the Great Leader's youth policy today, has taken great steps to enlighten and develop the youth. Youth policy is one of main priorities of Mr President`s activity. Ilham Aliyev's attention to youth is always in view".

Speaking on "Role of the New Azerbaijan Party in the presidential elections of 11 April 2018", Azer Suleymanov, chairman of the Nasimi district branch of the New Azerbaijan Party, said that national leader Heydar Aliyev has protected Azerbaijan from collapse, the new Azerbaijan has become stronger and more powerful. Today, Mr. President, successfully continuing his policy, presented Azerbaijan to the world as a winner nation.  It was noted that our people has always been closely united around President Ilham Aliyev: "One of the brightest examples of this solidarity was proved during the 44-day Patriotic War. Owing to leadership of the Supreme Commander-in-Chief Mr. Ilham Aliyev, determination, strength, military superiority of brave Azerbaijani army and unity of our people our historical lands were liberated from occupation".

Associate Professor of Caucasian Studies and History Department at AUL Namik Kerimov spoke on the theme of "New economic realities created by Azerbaijan: the Southern Gas Corridor" and spoke about the economic successes of Azerbaijan in the international arena. It was noted that world-class economic projects initiated by national leader Heydar Aliyev have turned Azerbaijan into a strong state. International projects have created conditions for perception of Azerbaijan as a power centre, and all this is due to wise policy of Mr. President.

Chairman of AUL Student Youth Organization Elshan Huseynli in his speech titled "Role of Azeri ideology in formation of youth" talked of consolidation of nation around state ideology, its role in formation of youth, care shown by state towards youth. He said youth is always with the state and mobilized for development of Azerbaijan. 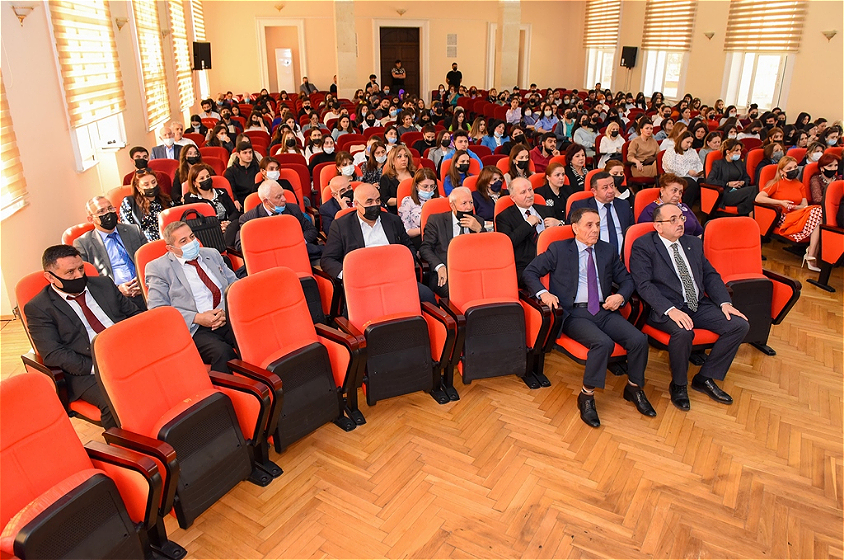 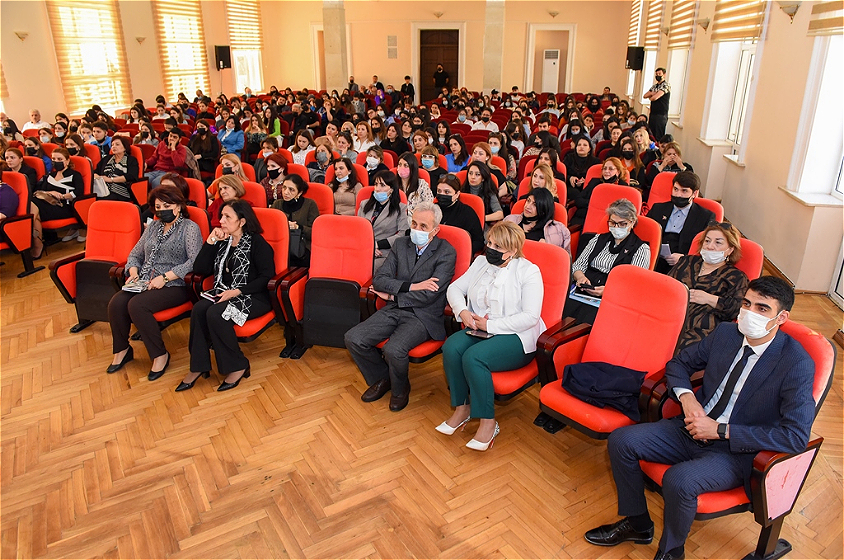 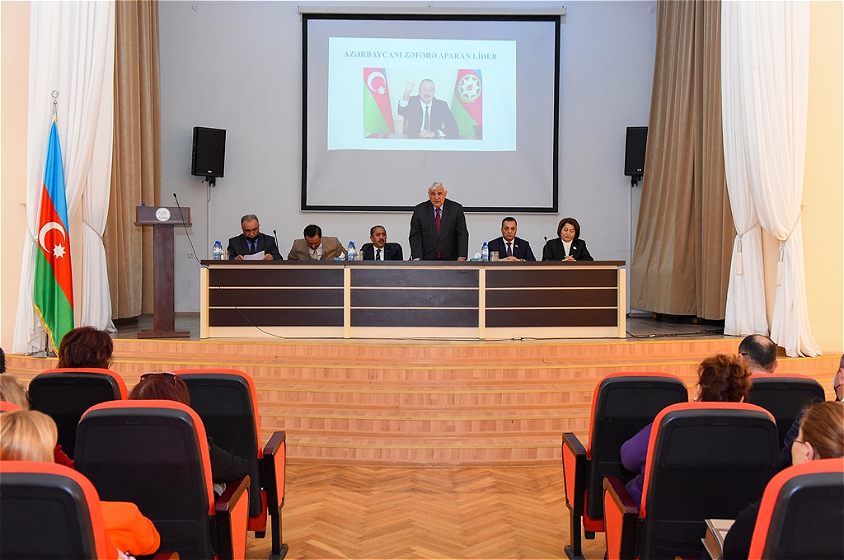 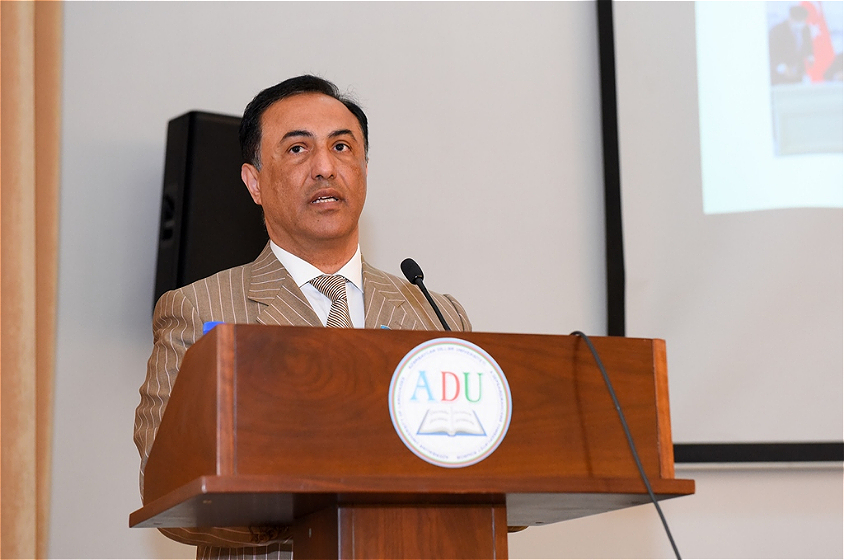 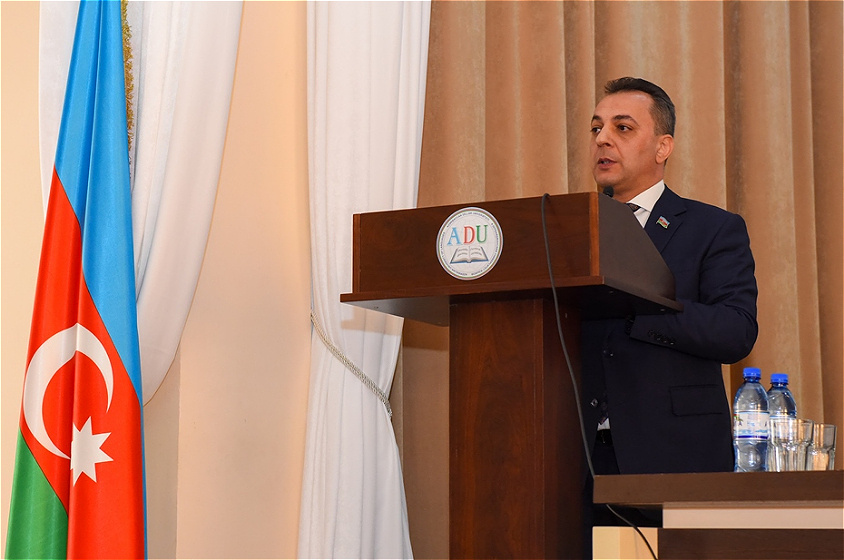 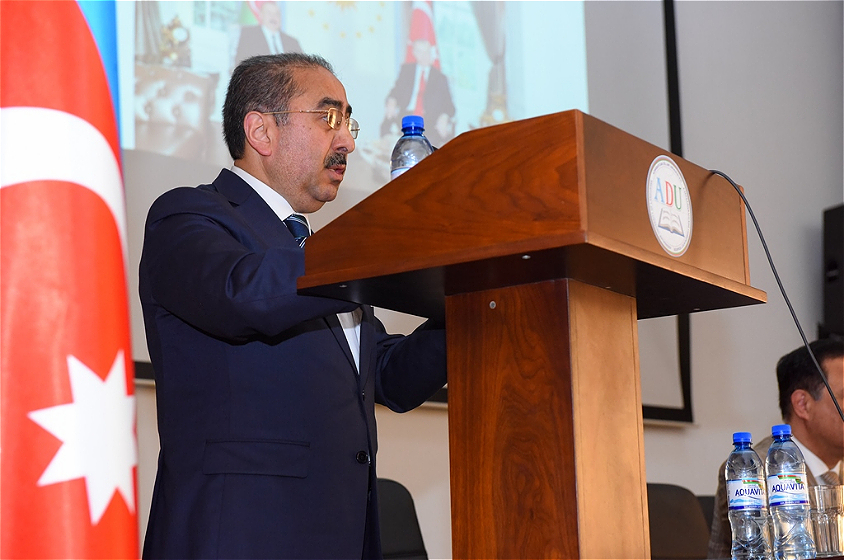 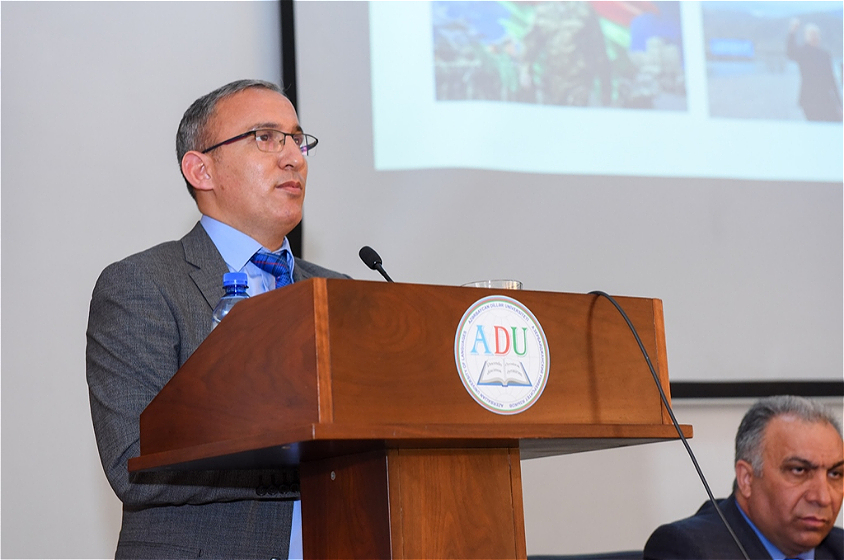 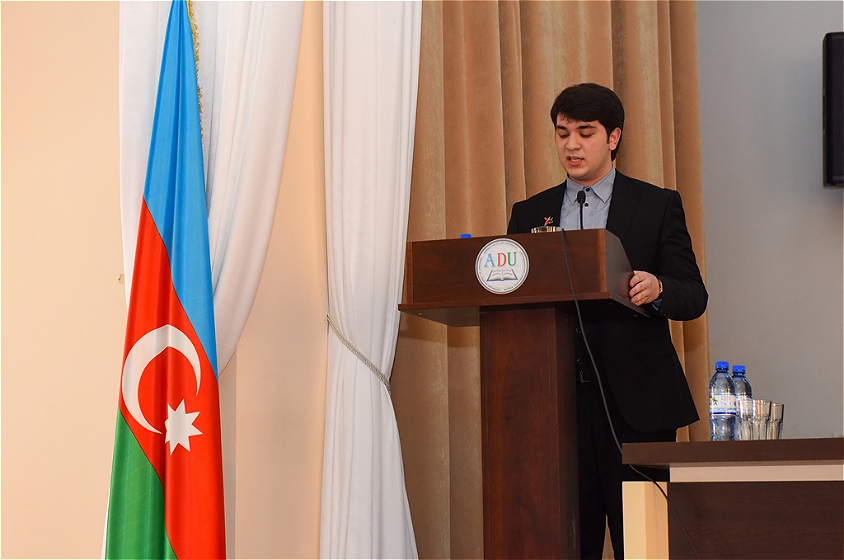