Rector of AUL met with the Ambassador of Uzbekistan to Azerbaijan 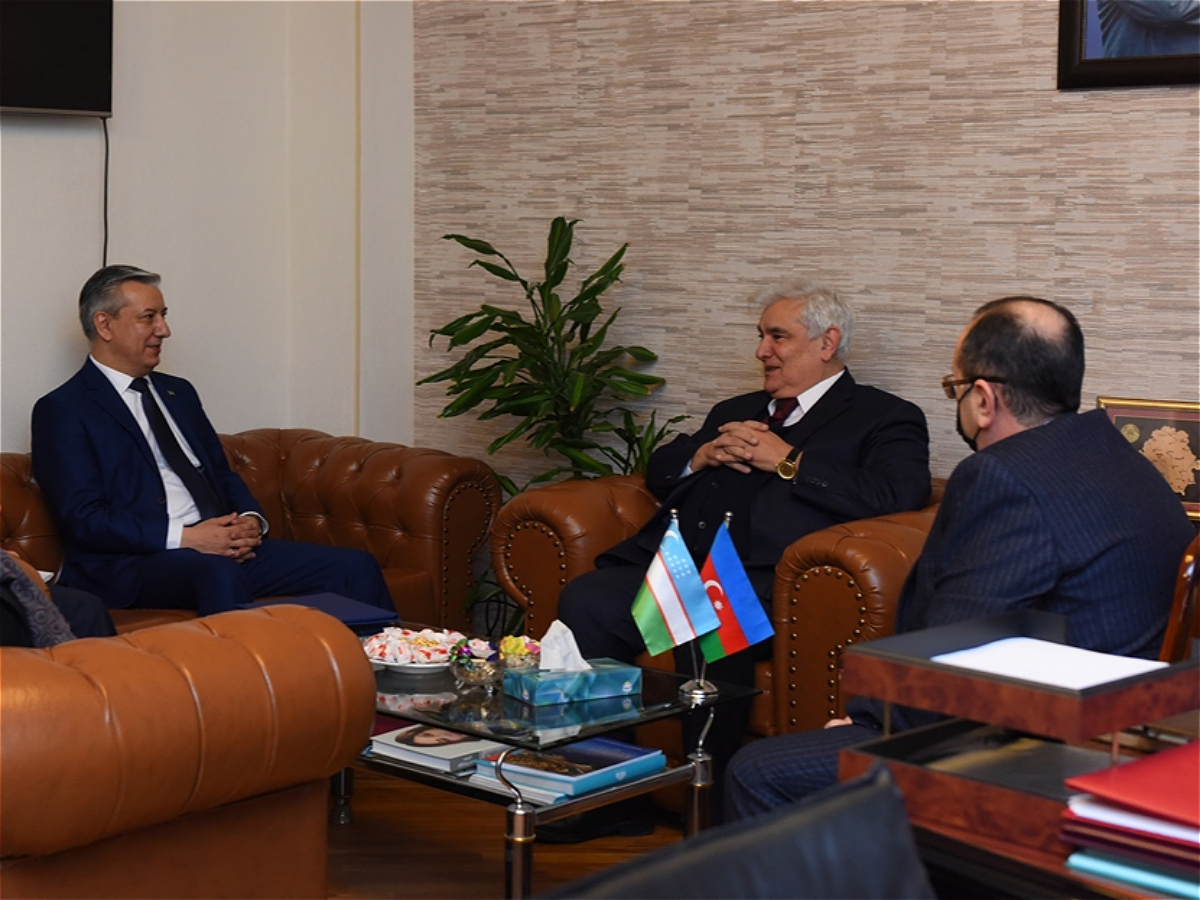 Rector of Azerbaijan University of Languages (AUL), Academician Kamal Abdulla met with Ambassador of Uzbekistan to Azerbaijan Bakhrom Ashrafkhanov. The rector warmly welcomed the guest at the university, adding that there are various relations between AUL and universities of Uzbekistan, and expressed hope that the scope of these important relations will expand and continue on a more serious level.

Noting that the Azerbaijani University of Languages is the main center specializing in foreign language teaching, academician Kamal Abdulla also touched upon the activities of language and culture centers operating at AUL. He informed the guest about the university's "Ambassador's Hour" project and mentioned about AUL cooperation with Tashkent State University and Samarkand State University of Uzbekistan.

Then other issues were discussed, and it was agreed to hold a joint online conference in March with the participation of experts from the two countries.

After the meeting, the ambassador toured the Heydar Aliyev Lecture Hall at AUL, as well as language and cultural centres.