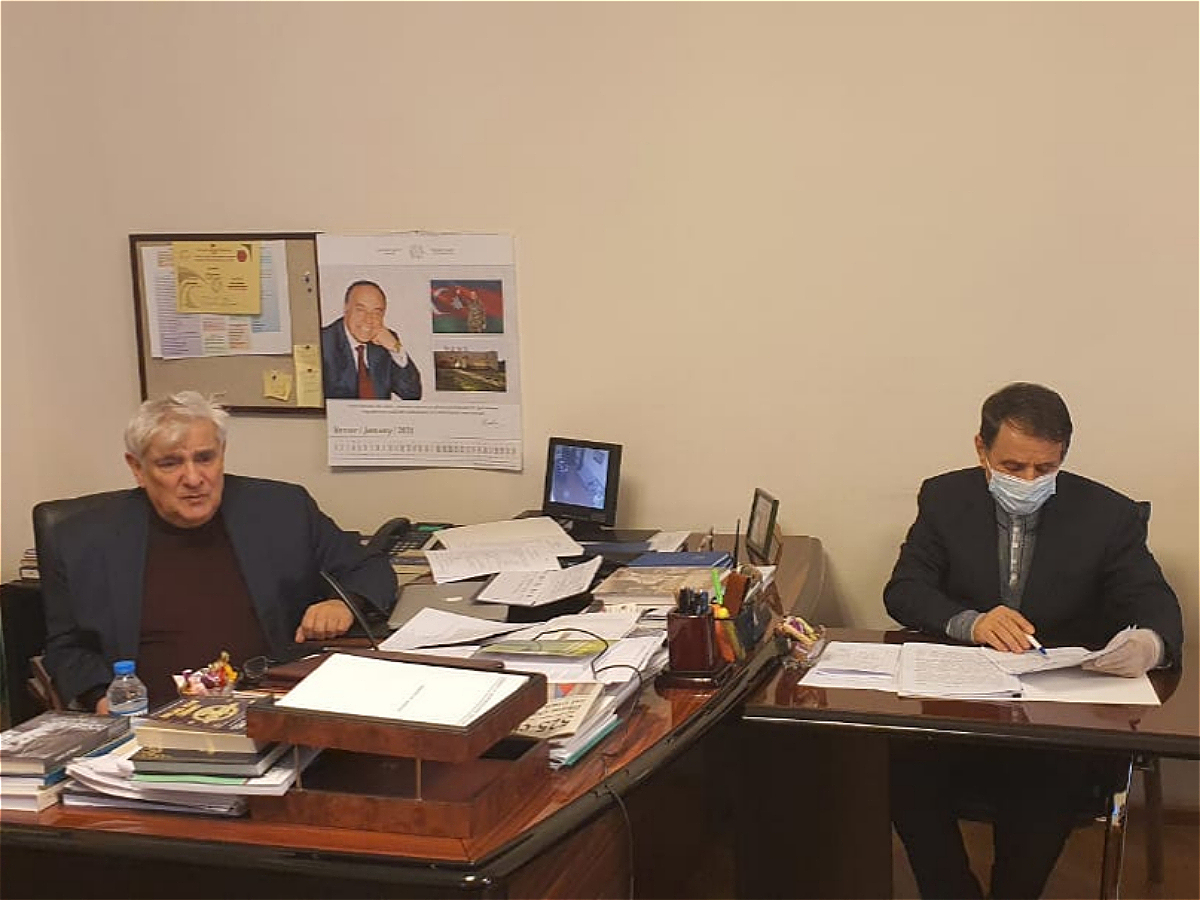 In his introductory speech AUL Rector, Academician, People's Writer Kamal Abdulla reminded that Aydin Eyvazov, an employee of the University's Department of Caucasian Studies on the Armenian language, was awarded the "Flag of Azerbaijan" Order by decree of Azerbaijani President Ilham Aliyev.

It was the result of the hard work, as it was noted by the rector.

"The great victory of our army under the leadership of the President of Azerbaijan, Supreme Commander-in-Chief Ilham Aliyev will always be talked about and this victory will never be forgotten. Aydin Eyvazov' s Order "Flag of Azerbaijan" is a fruit of honorable work. We express our deep gratitude and appreciation to him on behalf of the university. This award is a proof of the importance of our work to study and teach Armenian language.

Speaking about the main challenges facing AUL staff in the second half of the academic year 2020-2021, the Rector noted that the new conditions, the period of the coronavirus pandemic and the subsequent phase require a new outlook, a new approach: "What to do in this phase and in the post-pandemic period is a question of high personal responsibility. During the pandemic we witnessed a new approach to education, which represents a different step, a different culture. During this period, we have discovered new characteristics of working with students, and this work must evolve rapidly. And personal responsibility is a particularly important factor.»

The rector underlined that the previous work, carried out in connection with the schools of Karabakh, should be continued day by day : «Earlier we called it refugee schools. Now there is no concept of a refugee in Azerbaijan. We will work closely and seriously with schools in Karabakh. Our communication with refugee schools was met with great interest and was useful for the students. Our activities should go beyond teaching and there should be a cultural and scientific flow to those schools, as it was in previous years. After that, we must further increase our efforts in this direction. "

Head of the Department of Knowledge Assessment, Monitoring and Quality Assurance Fatma Gurbanzadeh gave a report on the winter exam session of 2020-2021 academic year. 99% of the students have participated in the current winter examination session and there are no students with unsatisfactory marks. Examinations are held under the direct supervision of the university staff, and no violations have been detected so far. The Operational Headquarters,  monitoring the examination process, reports, that no complaints have been received.

Vice-Rector for International Relations, Professor Jale Garibova, touched on the international relations and dual diplomas, mentioning the achievements of the university in this direction, and recalling a number of innovations in this area, which had been  introduced in Azerbaijan by the University of Languages.