Georgian intellectuals took part in the round table, dedicated to the 70th anniversary of Kamal Abdulla 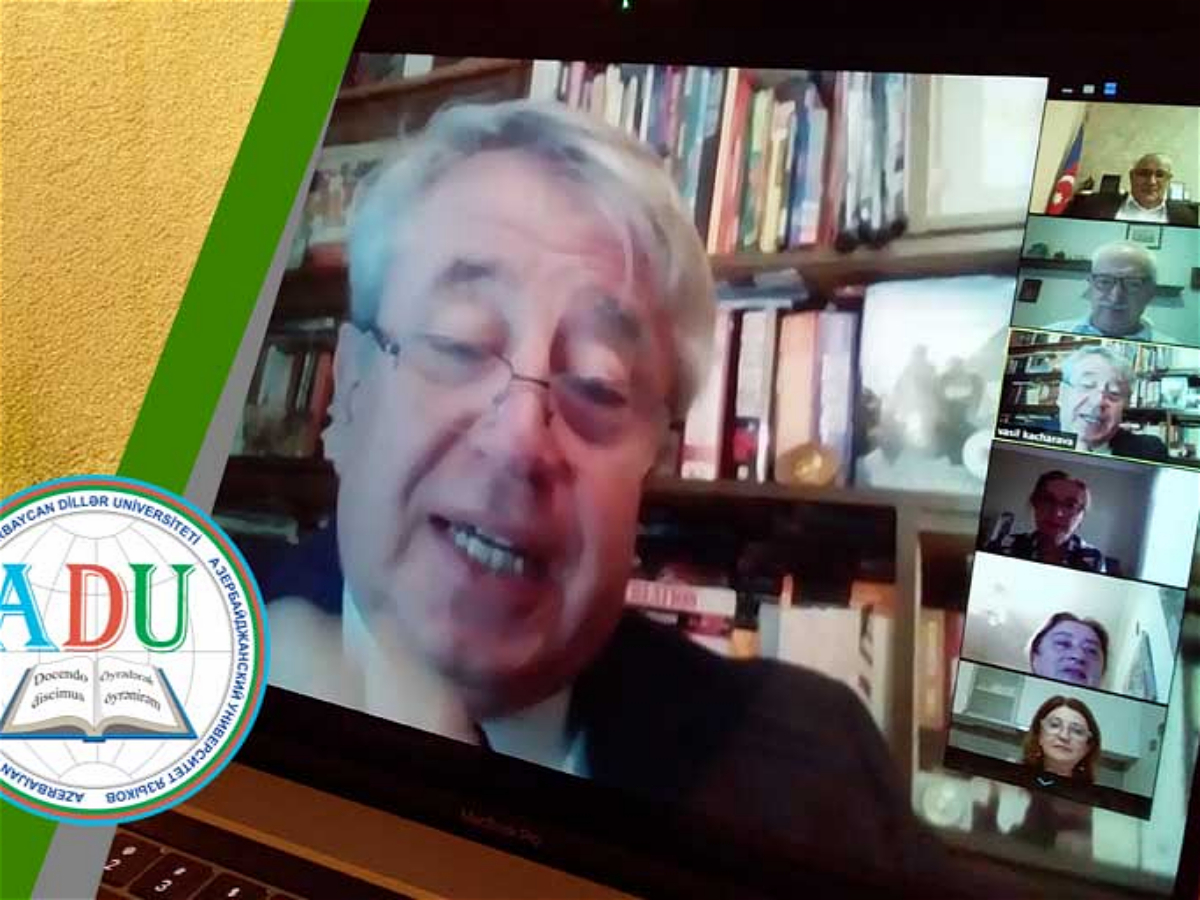 The moderator of the event, Professor David Gocheridze, provided detailed information on the artistic and scientific work of People's Writer, Academician Kamal Abdulla, and noted that the round table would continue in three directions: "The writer’s life, work and his service to the people". Professor David Gocheridze talked about the translation of the writer's works into major world languages and added that Kamal Abdulla, as an intellectual, takes an active part in public and humanitarian life of Azerbaijan, plays a special role in the development of literary and social thought. He considered the celebration of the 70th anniversary of People's Writer Kamal Abdulla a significant event and conveyed congratulations to the Rector on behalf of the Georgian intelligentsia.

Professor N. Gaprindashvili, Dean of the Faculty of Humanities of Tbilisi State University, in his speech touched upon Kamal Abdulla's activities in the field of literature studies, criticism and television, as well as talked about performances, which were premiered in Georgia.

Professor Vasily Kacharawa noted, that the writer's scientific and literary work is global in nature, and the topics he addresses are based on secular values.

Professor Tamara Sharabidze of the Tbilisi State University, translator, spoke about the translation into Georgian of Kamal Abdulla's works - the play "Who said that the bird Simurg existed ?!", the novel "The Incomplete Manuscript" and the story "Namesakes" and appreciated Georgian readers’ interest in these works.

People's Writer, Academician Kamal Abdullah thanked the organizers for holding the round table. Noting that our people are very enthusiastic about the historical victory of the Azerbaijani army over the Armenian invaders, the writer emphasized that the round table coincided with these days: "Of course, I am very pleased with the organization of this event. Unfortunately, because of the coronavirus pandemic, we cannot meet live. I believe that these difficulties will end and we’ll be able to meet face to face again. These days Azerbaijani people are celebrating their historic victory.For about 30 years, 20% of our lands have been occupied by Armenian invaders. The Azerbaijani army, responding with dignity to the enemy, forced them to surrender. Due to the schedule, Armenia is already evacuating from the liberated regions of Azerbaijan. What are we witnessing now? When Armenians leave the territory, they burn houses and forests and destroy historical monuments. But the Azerbaijan state, under the leadership of our Supreme Commander-in-Chief, will soon restore the destroyed towns and villages, and the people, who lived 30 years of exile, will return to their native land.”

The academician then spoke about the friendly relations with the scientific and literary community of Georgia. He noted, that relations between Azerbaijan and Georgia are at a high level in all areas, including the humanitarian sphere: “The friendly relations between the two countries guarantee future close ties. Thank you again for organizing the round table. I am happy and proud that I have Georgian friends like you. "