An event dedicated to the anniversary of the Khojaly tragedy, was held at AUL 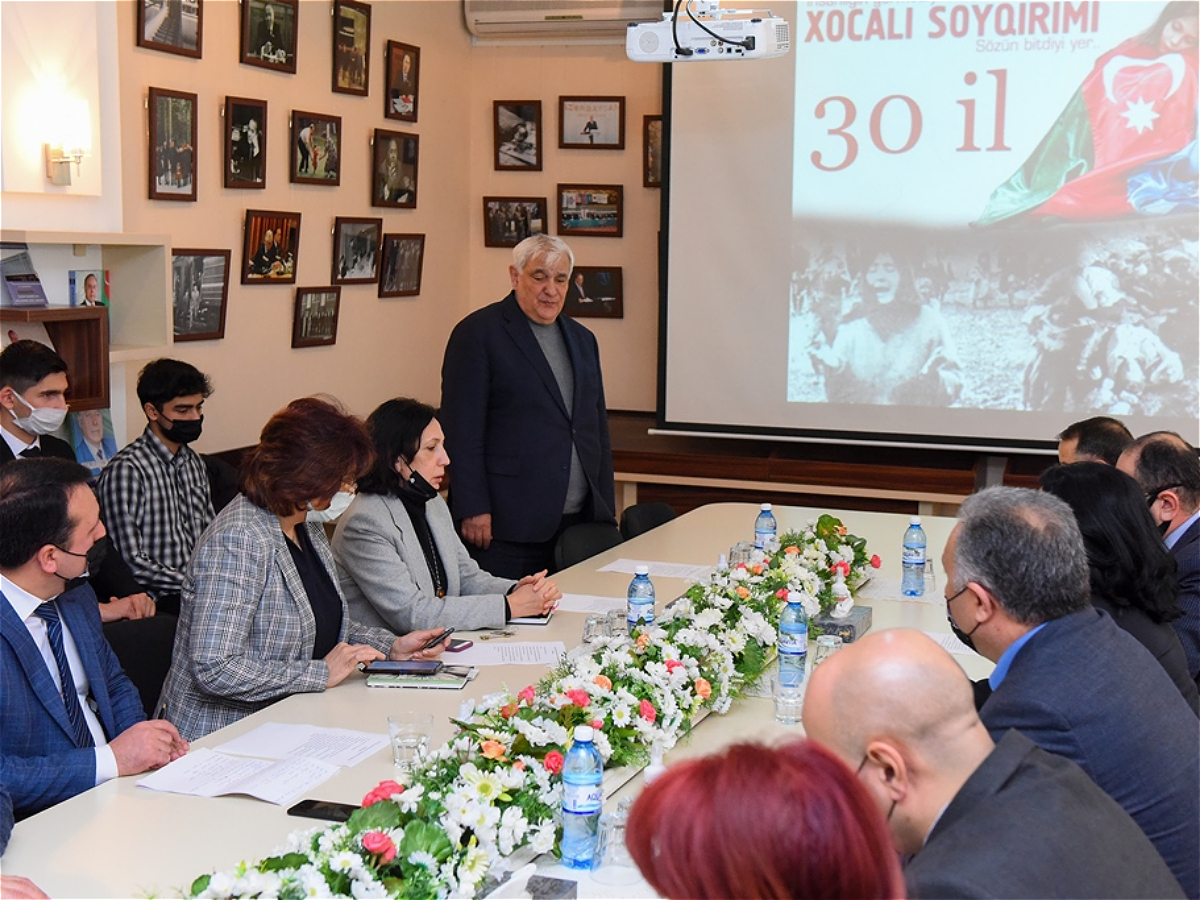 An event dedicated to the anniversary of the February 26 Khojaly tragedy, was held at the Azerbaijan University of Languages ​​on February 25.

First, a minute of silence was observed in memory of the victims of the Khojaly tragedy, including the heroic sons of the Fatherland who died in the battles for the restoration of the territorial integrity of our country.

Rector of AUL, academician Kamal Abdulla shared his views on the Khojaly genocide: “We will never forget our shehids. The Khojaly tragedy is one of the pages written in blood in the history of Azerbaijan. Khojaly will be in our memory forever. Khojaly is with us every day. With the direct initiative, efforts, proposals and persistent activities of the great leader Heydar Aliyev, these events were given a political assessment. During the 44-day War of Victory, Azerbaijan was able to liberate its historical lands from occupation. Today, as a result of the tireless work of our President, the Khojaly incident is adequately assessed in many countries around the world. Today, the activity of the President of Azerbaijan gives us confidence that the outcome of events such as Khojaly, the confrontation between Azerbaijani and Armenian relations will be in favor of truth and justice.

Associate Professor of International Relations Namig Asadov informed the participants of the event on the anniversary of the Khojaly tragedy. It was noted that the memory of the victims of the tragedy will always live in our hearts. Noting that the Azerbaijani state has taken all necessary steps to make the truth known about Khojaly known to the world as an act of genocide against our people, Namig Asadov released the information blockade of Azerbaijan after the return of national leader Heydar Aliyev to the country's leadership. stressed.

Shalala Bagirova, Associate Professor of the Department of Caucasus Studies and History of Azerbaijan, spoke on "Khojaly tragedy: causes and consequences." Changing Azerbaijani toponyms, seizing fertile lands, and displacing Azerbaijanis in the settlements they form are the main features of the chauvinistic Armenian character. They mainly considered the transition period and political cataclysms to be favorable for them and committed certain provocations and grave crimes.

Bahman Aliyev, Associate Professor of the Department of Regional Studies, spoke on "Khojaly tragedy: historical realities and realities." It was noted that when the great leader Heydar Aliyev led Soviet Azerbaijan in 1969-1982, he resolutely prevented the claims of Armenians to Karabakh. With his wise policy, preventive measures, landscaping and cultural activities in Karabakh, he overthrew the biased plans of the Armenians. From the consequences of the tragedy, it can be concluded that the main goal of the Armenians here was to wipe out Khojaly. Along with the Armenians, three battalions of the 366th Regiment in Khankendi, as well as mercenaries brought from abroad, took part in this savage operation. The organizers of the incident and, in general, the direct perpetrators of the Khojaly genocide, Robert Kocharyan, Serzh Sargsyan and others. These criminals, murderers whose hands are stained with the blood of thousands of peaceful Azerbaijanis, have led Armenia for many years.

Associate Professor of Philosophy and Social Sciences Shafag Abdullayeva spoke on "Echoes of the Khojaly genocide in the foreign press." It was stated in the speech that a series of articles on the Khojaly tragedy were prepared in the world media, and there were calls for justice for the genocide. Today, the world community is provided with objective information in this direction, using solid facts and evidence.

The event was also attended by the families of shahids from Khojaly.

At the end, a video reflecting the speeches of the Supreme Commander-in-Chief, President Ilham Aliyev, was presented. 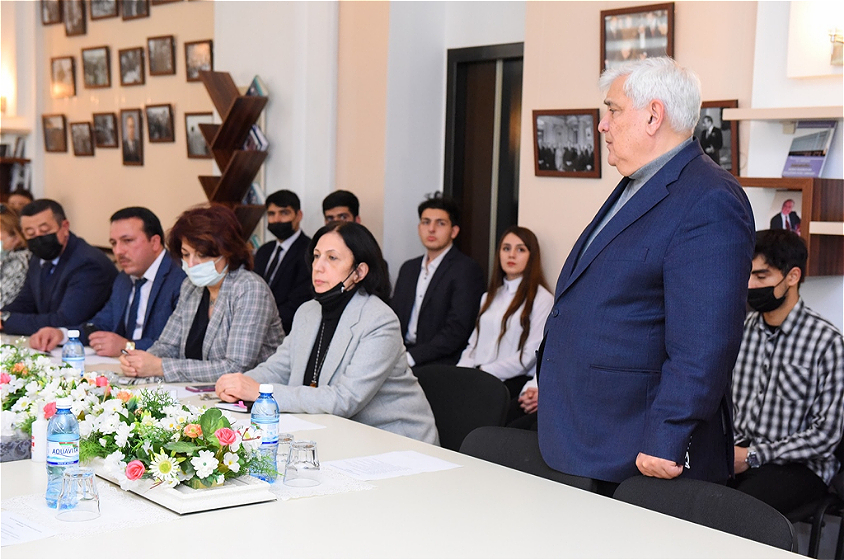 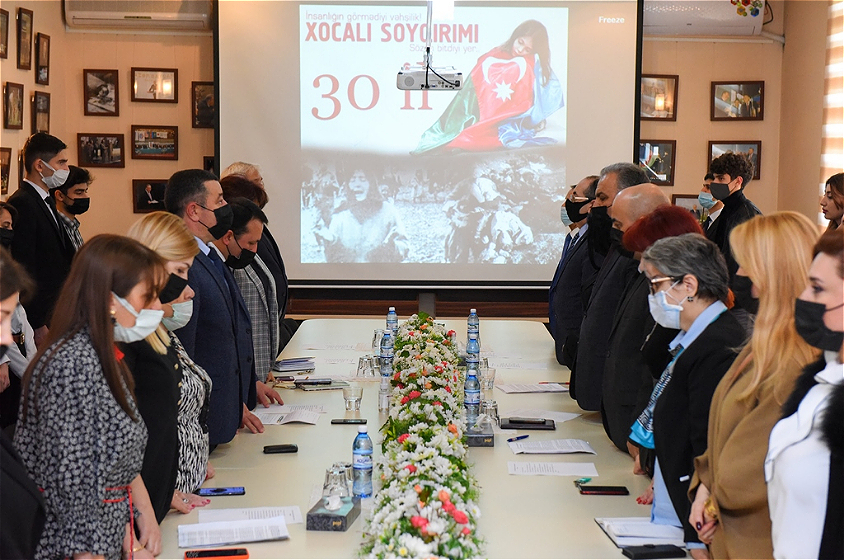 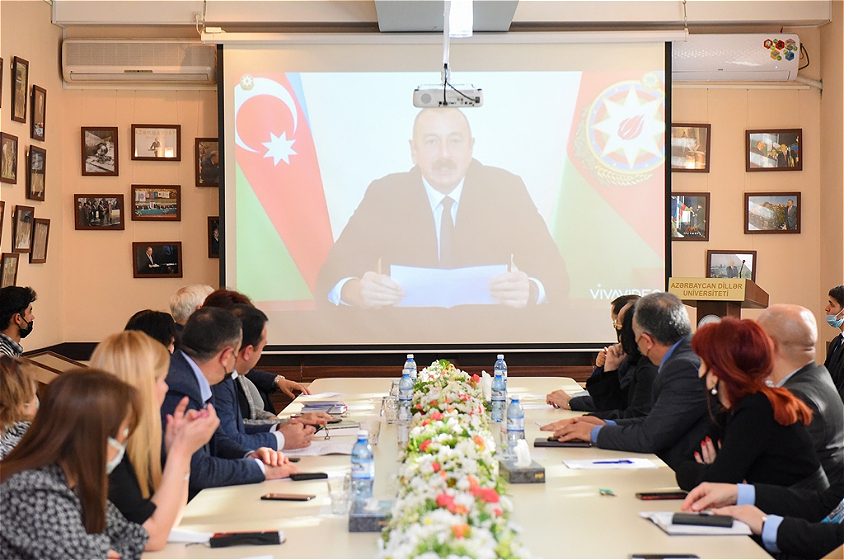