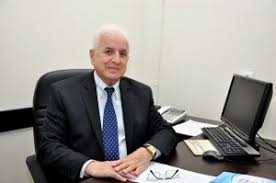 The Azerbaijani Studies Scientific Research Laboratory was established in 2017 along with a number of new centres and scientific research laboratories, at the initiative of the Rector of Azerbaijan University of Languages, Academician Kamal Abdullayev.

The formation of the laboratory is of great importance for the educational and academic processes of the University.

The Main obligations of the laboratory are:

The Head of the Azerbaijani Studies Scientific Research Laboratory, Doctor of Philosophy in History